Author Jared Davidson has been named winner of the 2020 Bert Roth Award for Labour History for his book Dead Letters: Censorship and subversion in New Zealand 1914–1920, a book that reveals the remarkable stories of people caught in the web of wartime surveillance.

Here Davidson talks about what winning the award means to him and what we can expect to see from him next.

Learn more about the award

"The response to the stories and characters in Dead Letters have far exceeded what I hoped for." 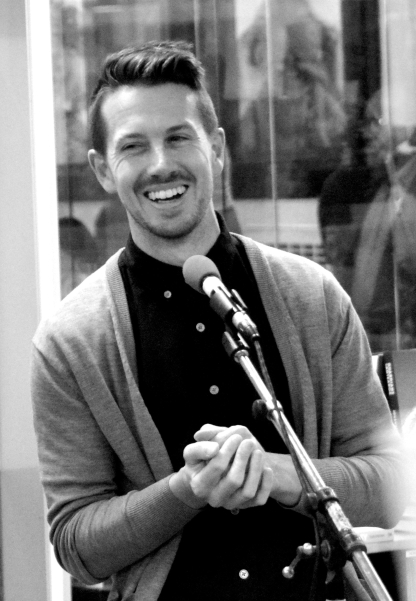 It's a real honour to be awarded the Bert Roth Award for Labour History. To have been included alongside such a stellar shortlist was satisfaction enough, but to win this coveted award? Amazing! The Bert Roth papers at the Alexander Turnbull was one of the first collections I dived into, having no idea what archivists did or of the immense scale of Roth's prolific work (some might say hoarding, but those of us that have used the papers know just how neat they are). Ten years later and now working as an archivist and historian myself, being a recipient of an award that recognises such work is extra special.

I'd like to thank the judges and also Otago University Press for their support. But I'd especially like to acknowledge the families who shared their ancestor's stories and information with me so generously. Me sharing the letters of their loved ones, often for the first time, was not done lightly, so thank you once again.

The response to the stories and characters in Dead Letters have far exceeded what I hoped for. From the puzzle of the letters to the little-known role of their secret censors, people find Dead Letters engaging and eye-opening and, importantly, feel the relevance of wartime censorship to today's world. But what people most enjoy are the colourful characters they meet in the book and being able to learn about their life experience through their own words - through the censored letters themselves. As one reviewer noted, the confiscated letters are enchanting, and I'm so glad Otago University Press were enchanted like me and included them in the book.

My current research goes back in time and into the world of prisoners, by looking at the making of New Zealand through the prism of prison labour. The forced labour of the chain gang haunts the streets we walk and the spaces we take for granted. It is a story of violence and of blood and dirt. Yet it is a story that is largely unknown, despite the use of prison labour weaving its way through every major urban centre, across the pastured grasslands of heartland New Zealand and into Te Moana-nui-a-Kiwa, the Pacific. Blood and Dirt: Prison Labour and the Making of New Zealand aims to explore these sites and their stories, from the missionaries of 1814 to the turbulent 1920s.