Extract from Kate Edger: The life of a pioneering feminist

A Milestone for Women’s Rights 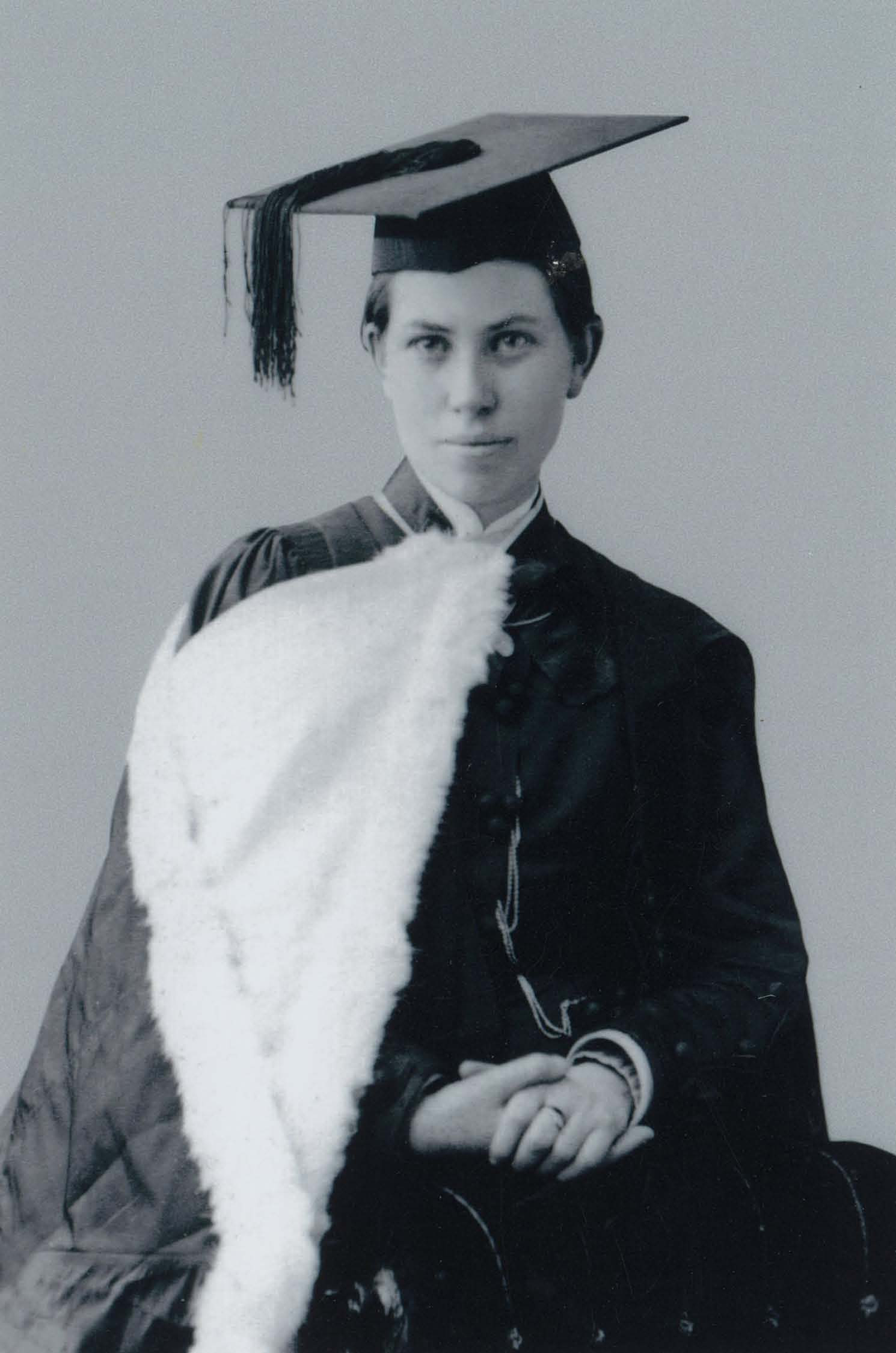 In the sphere of women’s education, Kate Edger, both as this country’s first female university student and later as a secondary school teacher and headmistress, was a trailblazer. Her Bachelor of Arts graduation ceremony, on 11 July 1877, 144 years ago today, was recognized at the time as a significant milestone for women’s rights.

Newspapers expressed pride that this remote colony was, in contrast to Britain, leading the way by offering degrees for women on an equal footing with men. Some also hoped that more women would follow in Kate’s footsteps. Those hopes were soon fulfilled. New Zealand women began to sail through their university degrees in increasing numbers. In doing so they provided ammunition against all those who continued to claim that females were intellectually inferior to males and therefore should be precluded from equal rights under the law. In this respect, the opening up of higher education for women helped to pave the way for the future success of this country’s ground-breaking women’s suffrage campaign.

When Kate Edger graduated on 11 July 1877, such pillars of the Auckland community as Dr John Logan Campbell and J.C. Firth, along with an extensive list of clergymen, attended the ceremony with a large crowd, drawn by the novel spectacle of a woman receiving a university degree. Many of the spectators, as the Herald reported the following day, were women – ‘three-fourths of the space of the large hall was occupied by ladies, for whom sufficient sitting accommodation could scarcely be found’ – but the ‘remaining space … was occupied by male spectators of all classes’. Up in the gallery were Kate’s fellow students, who ‘were not a little demonstrative of their satisfaction that a lady fellow student should be the recipient of competitive honour. They clapped their hands, and cheered heartily when the lady was observed.’ The venue, the Choral Hall in Symonds Street, would have been familiar to Kate as Samuel regularly preached there, and she and Lilian had performed on its stage.

The Herald had already praised Kate’s high intellectual ability, noted her numerous scholarships and stressed the magnitude of her achievement. ‘Much might be made out of this’ – and Tennyson could, again, be quoted:

But we prefer to treat the affair as the important thing it is; an event showing that in this new land of ours, female intellect and female studiousness have scope in which to display themselves, and that these are regarded and rewarded in proportion to their deserts [sic]. Many will, we think, be present to-day, not only out of regard to the spirit of chivalry which makes much of every good deed done by a woman, but also out of acknowledgement to the industry and accomplishments of one who has set an example which may be, and we hope will be, followed by many of her sex.

This theme featured in various speeches during the graduation ceremony. Dr William Cowie, the Anglican Bishop of Auckland, noted that in Britain women could not take a BA degree, and disparaged old-world arguments based on lack of precedent and on derisive attitudes towards ‘blue-stockings’. Acquiring higher education did not mitigate ‘tenderness’, which was one of women’s ‘principal charms’. By way of proving his point, he cited the example of Sara Coleridge, the distinguished daughter of poet Samuel Taylor Coleridge, who was recognised as both educated and scholarly but also ‘one of the most tender and refined’ of women. Studying for a university degree would help women to become fitting help-meets for ‘these fellow mortals with whom they look forward to share the joys and halve the sorrows of life’. The next speaker, the Reverend David Bruce, a member of the University of New Zealand Senate, hoped that Kate’s achievement would stimulate other women to follow her example, and encourage ‘gentlemen of wealth’ to establish competitive bursaries and endow some professorial chairs.

Farquhar Macrae then conducted Kate to the table on the platform and presented her to Lusk, who was representing the University of New Zealand, ‘for admission to the degree of Bachelor of Arts’. In the words of the Auckland Star reporter, ‘The young lady was greeted with cheers, all the gentlemen on the platform rising to receive her.’ After Lusk had bestowed Kate’s degree diploma, the bishop presented her with what one reporter described as ‘a white camellia of considerable size and beauty’. This flower symbolised ‘unpretending excellence’ and Kate received it ‘with becoming modesty’. The ‘newly admitted Bachelor of Arts made no reply that was audible’ and afterwards ‘descended into the body of the hall and took her seat amongst her friends’.

The next day the tributes continued. The Herald praised Kate’s achievement as one that would give ‘lasting impetus’ to the cause of higher education. Aucklanders felt proud of this ‘modest maid’ and of New Zealand.
Let us hear no more of the intellectual inferiority of women. For generations their education has been neglected. They have not obtained their fair share of culture … The true measure of a woman’s right to knowledge is her capacity of receiving it; and we know of no influence more beneficial to society, to the training of children, the teaching of manliness to boys and of true pure womanliness to their sisters, than the influence of cultured women, whose powers of mind have been thoroughly trained and who are embued with a true conception of the duties they are called upon to discharge … [W]e believe a brighter day is dawning, and the first rays of the rising sun of female intellectual advancement are now being reflected from this remote dependency of the British Empire.

The Herald could ‘scarcely imagine a more pleasing sight than the eager interest displayed in the faces of the several hundreds of young girls, most of them students, who witnessed the ceremony’: this was surely ‘an augury of future success’. Now it was up to their parents to ‘keep aglow that interest and feed the flame which creates a thirst for knowledge in the minds of their children’.