Janet Newman's new collection of poetry is now out. Unseasoned Campaigner is a layered collection exploring the complexities of farming life in Horowhenua. Here Janet Newman talks about how rural life has influenced her writing and what her father would think of her poetry.
Photo: Melissa Maguire Photography 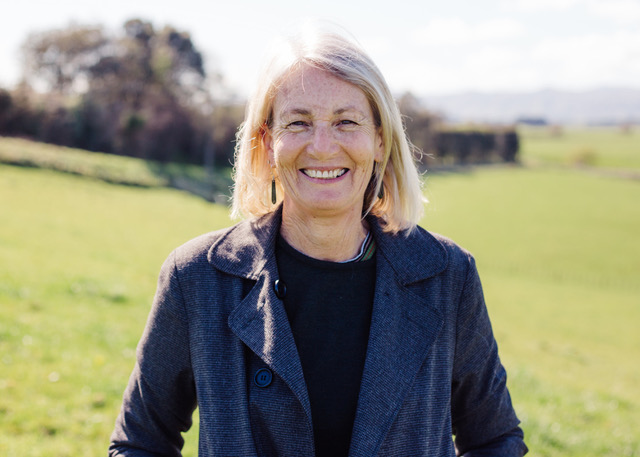 How would you describe Unseasoned Campaigner?

Many of the poems evoke the emotions that arise from working land handed down from one generation to the next where everything––land, animals and physical work––is imbued with memory and feeling. A father growing old and strangely vulnerable and children growing up and leaving home are the family relationships that are explored. Some poems honour the people who work with the land: a carrier, a shearer, slaughters at the freezing works. Others honour the resilience and dignity of farm animals. Still others consider the ecological limits of the land and our inability to control the seasons. Metaphors drawn from nature suggest the entanglement of people and the natural world.

What are the major themes in this collection?

There are two central themes that emerge. One is emotional tension between caring for animals and sending them to slaughter. Of the many poems that explore this topic, ‘Drenching’ explicitly evokes awareness of the sentience of cattle that are to be killed. The emotional tenderness of the father in contrast with his hard exterior moulded from life as a farmer and WW11 veteran is another dominant theme. This is closely portrayed in ‘Tender.’

How do you think rural life has influenced your writing?

The landscape of my childhood and adulthood permeates the poems. By landscape I mean not only the physical land but also the emotional landscape of a rural upbringing. This childhood engendered my sense of belonging to the land, a notion complicated in adulthood by awareness of the land’s histories of ecological transformation and cultural dispossession.

What do you think your father would think of your poems about him and life on the farm?

My father was a practical man. Of poetry, I can imagine him asking: ‘What’s the good of it?’ He was a private person too and might have been horrified to be in the public eye. Yet to my mind, the poems honour him. I should add that while he inspired many of the poems, the ‘father’ in them is drawn from unreliable memory and invention just as the ‘I’ in the poems is sometimes a version of me but at other times is a persona that may resemble me but is not true. These poems tend to explore the speaker’s fallibilities especially at those times when good intentions lead to unintended, and generally disastrous, consequences.

Do you have a favourite poem/s in this collection? If so, why?

One of my favourite poems is ‘The Huntaway’ (see below) because it honours my dog, which was my father’s dog to begin with so conveys the memory of him. I like this poem because by reflecting on my dog’s life it reminds me not to take him for granted! 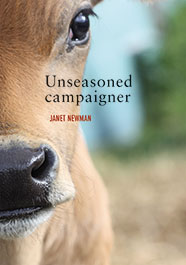 The huntaway
lays his head in my lap
like a human child.
I rest my hand on loose pelt
coated in hair soft
as the head of a new-born,
wrap my palm around muzzle
that all morning scoured the ground
for scent of rabbit, stroke whiskers
that mapped the contours of burrows,
run my fingers along teeth that today
crunched the skulls of kits
snatched from subterranean nests.
My hand in his mouth
as in the steel jaws of a trap
set for the lightest footfall
rests like a host
on the heat of his tongue.
I have taken him
from his wild nest.
His wildness gives in,
he bows down,
receives my deviant touch,
gives to me his whole life
and I take it
as easily as I take food
from my plate to my mouth.