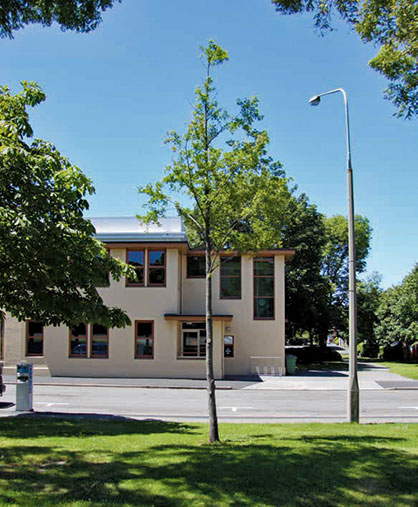 Cook Reserve, between the Physiotherapy and Student Health Buildings

Marcus Anthony Reginald Fitchett (1970–1996) was born in Hamilton, and educated at Christ’s College and the University of Otago.

He was awarded a Junior University Scholarship in 1988 and, from 1988 to 1994, studied medicine, graduating BMedSc and MB ChB, as well as BA in Philosophy and MSc in Cognitive Science with Distinction.

He rowed with the University Boat Club and the North End Rowing Club, winning several medals in the National Championships.

Marcus and his friend Rachael Gloag were killed in a motor vehicle accident in Canada.

“His university has placed this tree
in memory’s cause
and parents, siblings, friends,
students and staff
helped spade its earth.
Reach for the sky, to match your
sheltering grove
as Marcus reached
to stretch his mind and life,
and when I pass
I’ll bless your growth”
- 12 October 1996

From a book of poems, As Well as Joy, written by Tony Fitchett in memory of Marcus and Rachael.