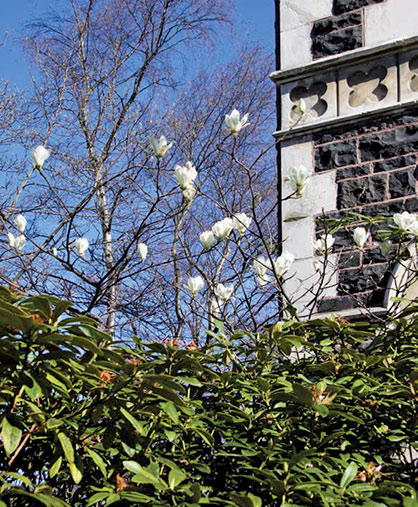 South-east corner of the Staff Club

John Waddell Hayward was Registrar of the University of Otago from 1948 to 1974.

In 1969 his contribution was recognised with the award of an Honorary Doctor of Laws degree.

On his retirement in 1974, the University Council noted “with pride and gratitude his outstanding record of service. His qualities of leadership, diplomacy and his administrative ability combined with his deep knowledge and love of the University have made a major contribution towards progress.

In addition his efforts in community service have reflected favourably on the University and contributed to good relations between town and gown”.