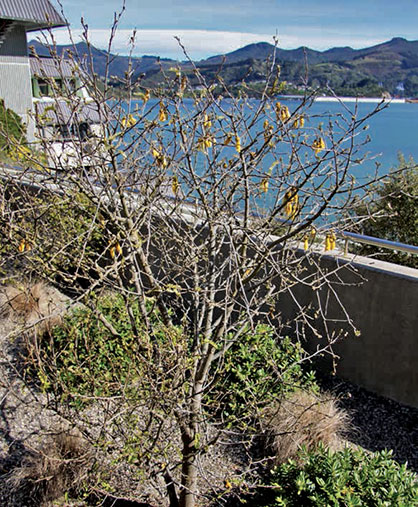 Dr Michelle McCormack (1969–2004) was the manager of the New Zealand Marine Studies Centre from 2001 to 2003, taking the facility forward in the world of tourism, raising the public’s awareness of the marine environment and conservation issues.

In September 2003 she became project manager with the International Science Festival, but was tragically killed in a Dunedin road accident in 2004.

In addition to this kowhai tree, a memorial plaque was unveiled during the Science Festival in July 2004.