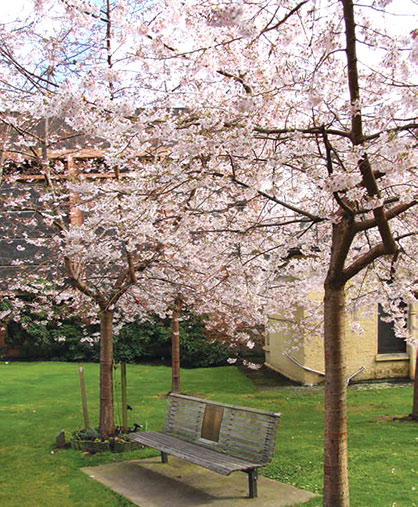 Freya Stephen (1989–2008) studied English at Otago in 2008 and became a regular volunteer and part of the OUSA Radio One station family.

She trained as a volunteer DJ soon had her own radio show and was just starting her own “Drive show” when she tragically died.

The words “Radio One Star Volunteer” are on Freya’s memorial plaque and a memorial seat was later installed alongside her tree.