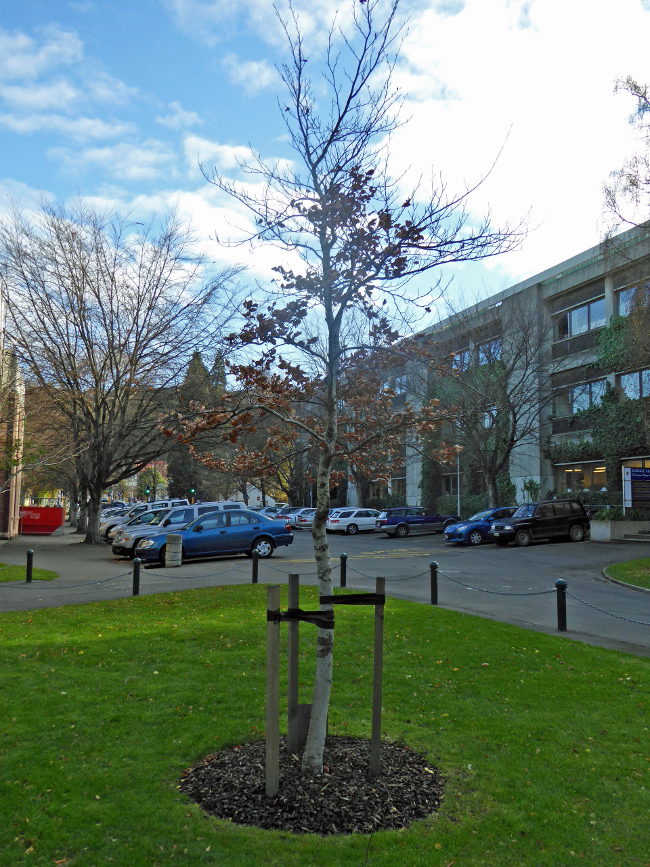 Jessie McKenzie Lineham (1989 – 2010) started her Science degree in 2008 and settled on Geography and Environmental Science as her major.

Jessie was passionate about the environment and was named Young New Zealander of the Year in 2007 for her Gold CREST project on Riparian Planting to improve water quality on dairy farms. Jessie died tragically as a result of a car accident in October of 2010. She achieved more in her short 20 years than many will in a lifetime.

This tree was planted on the Union lawn to provide a place of contemplation for her family and friends.