The University’s plans for its campuses 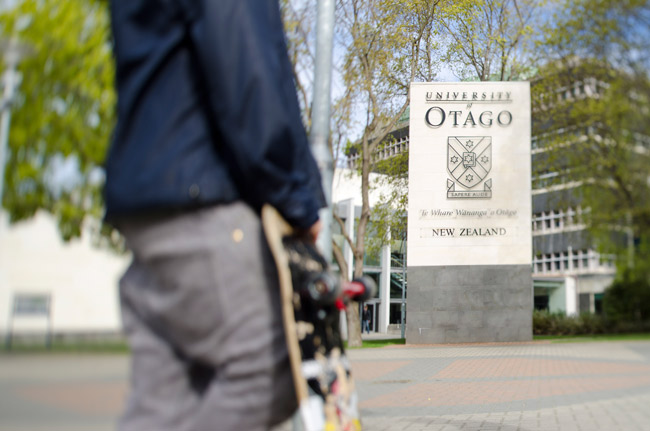 The University of Otago is updating its plans for the future.

The focus will be on quality rather than expansion as the University updates its Campus Master Plan for the next 20-plus years.

Vice-Chancellor Professor Harlene Hayne says the Dunedin campus will have a similar footprint for five to 10 years, but the activities on the campus could change significantly, and the University could need room to grow long-term.

Property Services staff have discussed the Master Plan update with Divisional heads, senior University staff, and a University Council sub-committee, and are now collating the feedback to develop a draft update, with the aim of seeking approval early next year.

University Property Services Division Resource Planner/Policy Advisor Murray Brass says main themes emerging from the review of the Master Plan so far include the wish to: 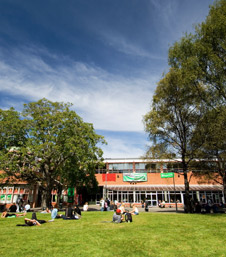 Mr Brass says other campus development initiatives people have discussed include creating a multi-use development near the Union Lawn (which is signalled in the existing Master Plan).

If it is approved as a specific project, new buildings could create a hub near the Union Lawn by bringing together student social spaces, student services and amenities from various locations around the campus.

Those buildings could also house conference and meeting areas, and be designed to support use by the University’s Maori and Pacific communities.

The new buildings could also contain shops, cafes, galleries and exhibition spaces, along with a covered area for markets, while the Archway Theatres could be replaced by new, shared, flexible, teaching spaces.

One aim behind the multi-use development would be to attract students, staff and the public to the area at all times of the day and night, injecting life into the heart of the campus.

The consistent theme wrapped around every proposal in the Master Plan is to cement Otago’s reputation for having one of the most attractive university campuses in the world.

Several other potential campus development initiatives for the updated Master Plan revolve around the Division of Health Sciences.

Since the Christchurch earthquakes, staff have been scattered around that campus so all options are being investigated, right through to a new build.

A similar process is under way in Wellington, looking to improve the University’s buildings there.

In Dunedin, feedback has placed emphasis on bringing biomedical researchers together from around the campus into one building, and redeveloping or replacing the ageing and crowded Adams Building. The University is also likely to be involved in the Dunedin Hospital rebuild in some way.

Other areas that Divisional heads and senior University staff have focused on include:

Chief Operating Officer Stephen Willis says the consistent theme wrapped around every proposal in the Master Plan is to “cement Otago’s reputation for having one of the most attractive university campuses in the world".

But he also sounds a word of caution because in the past some people have assumed the Master Plan is a concrete action plan, when in fact it is primarily a framework for outlining options for how the campus should or could look in the future, and for providing some guidance about prioritising major building and landscaping projects. 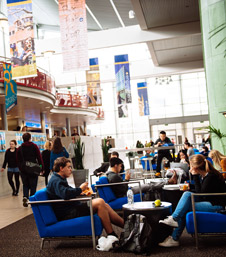 An existing informal learning and social space, in the Information Services Building Link.

While the University Council signs off the Master Plan and subsequent updates, it does not simultaneously approve every project in that plan.

Each project – creating a multi-use development near the Union Lawn for example – still has to go through the University’s standard approval processes. That involves presenting a detailed business case for each specific project to the Council, which also has to take wider issues into account.

Those issues can include how the University is being affected by population changes, potential students’ education choices, the Government’s expectations, technological advances, and any financial restraints.

Mr Willis says the Master Plan update is among a suite of strategic planning documents the Operations Division is developing, to provide the University with some well thought-out foundations for the future, guided by the University’s strategic imperatives, including: