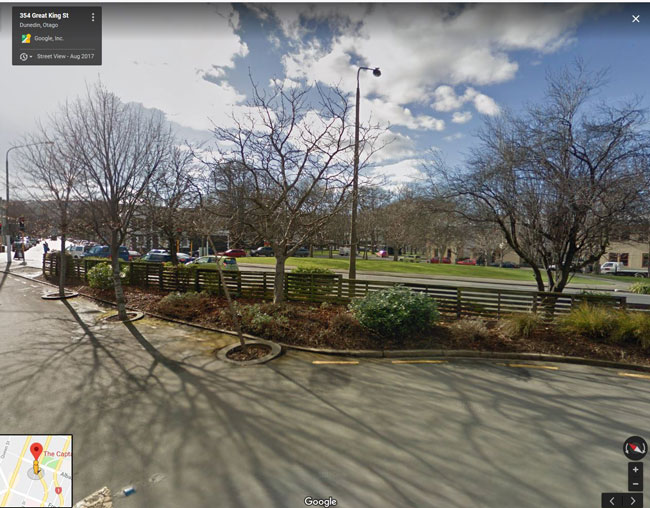 A "pocket park" will be constructed in this cul de sac, near the Cook and the University's School of Physiotherapy building.

The University of Otago and Dunedin City Council (DCC) are constructing a bee-themed "pocket park" on Great King Street which will be a new meeting and green space in the central city.

The park will celebrate nature and biodiversity and will feature planters with bee-friendly native plants and a honeycomb surface painted on the footpath. Poetry will also feature within the design.

The park design (concept plan included below) will also include macrocarpa bench seats, tables and chairs, space for a food truck, wheelchair accessible spaces, and festoon lighting. There will be bike stands and room for cyclists to travel through the park to join the SH1 cycleway.

"We’re also hoping it will spur excitement about more green space, trees and pop-up spaces in the central city."

Access to private parking and parking outside the School of Physiotherapy will remain.

“We’re also hoping it will spur excitement about more green space, trees and pop-up spaces in the central city.”

University of Otago Chief Operating Officer Stephen Willis says it is a pleasure to be involved in an initiative that brings more green space to the city in general and as a thank-you to people affected by University building projects elsewhere in the street.

When working on a traffic management plan for the street where new Faculty of Dentistry and Research Support Facility buildings are being constructed, the DCC and University collaborated and identified the opportunity for a new public space.

Work will begin in November and a launch event will be held later this year. 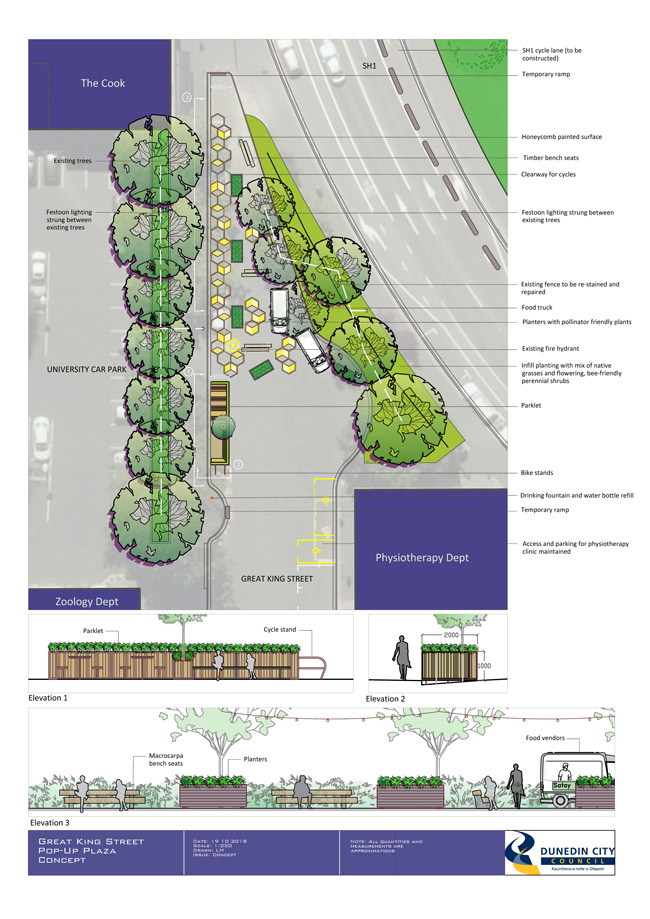 An artist's impression of the planned "pocket park".