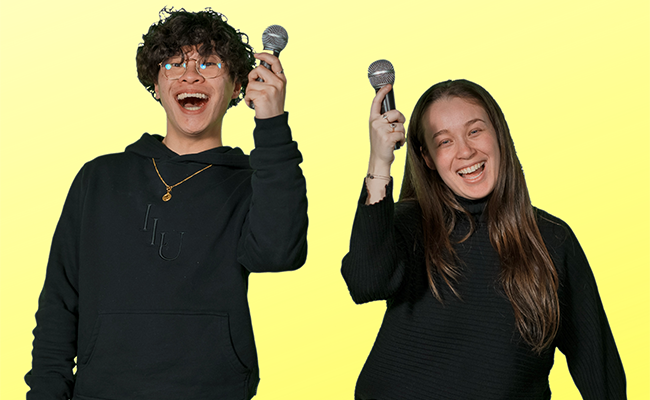 PhD candidates Roger Yan and Liv Bruce released series one of their podcast 'Psyche Made Me' in March 2022. Photo supplied.

Two PhD candidates hope their podcast Psych Made Me can make Otago psychology research more accessible to a wider audience.

The pair met when Liv was the 2021 president of Otago Psychology Students’ Society, an organisation Roger founded in 2019.

Roger says he had always wanted to do a podcast, and interactions during an online seminar with some lecturers he admires somewhat intensified this.

“I embarrassed myself. It made me realise that I am not all that confident at talking to lecturers and engaging with them in a field they’re knowledgeable about.”

Hosting a podcast that interviewed lecturers from the psychology department was a way for him to gain confidence, as well as humanise them. This was something that also motivated him to found Otago Psychology Students’ Society.

“I got to not only address a creative itch that I had, but also a professional one,” he says.

Liv has always been passionate about making research more accessible to not only students.

“Academia can be obviously quite inaccessible for a large group of people,” she says. “Not everyone will pick up a research article and understand what it’s about.” 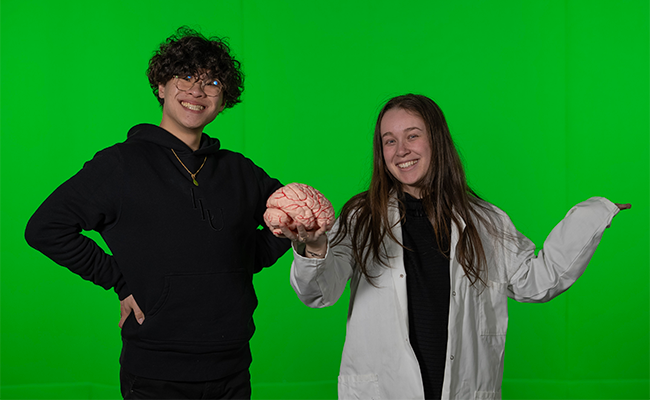 The podcast has been downloaded more than 900 times since its release. Photo supplied.

Liv says one of her favourite episodes was the interview with Associate Professor Jackie Hunter and how his experiences growing up during ‘The Troubles’ in Northland Ireland shaped his research.

“Hearing about how his personal experience translated into his research interests, that is such an insightful conversation. About how your research interests and who you are as a person don’t need to be separate things, they can inform each other.”

Roger agreed, saying that as Dr Hunter was his supervisor, he had got to know him well in a professional setting, but that it was interesting to hear more about Dr Hunter’s background.

“To see how conflict can affect you on such a deep level, that it drives you to want to understand it as a lifelong pursuit.” Roger says.

Another highlight for both podcast hosts was Associate Professor Tamlin Conner’s interview, and her perspective on the importance of interdisciplinary research.

Roger says many students at Otago University seem to believe that when they graduate from psychology their next move is to “go into clinical or bust”, but there were so many other avenues to pursue.

“Tamlin’s way of figuring out where she wanted to be in her career is quite interesting,” he adds. 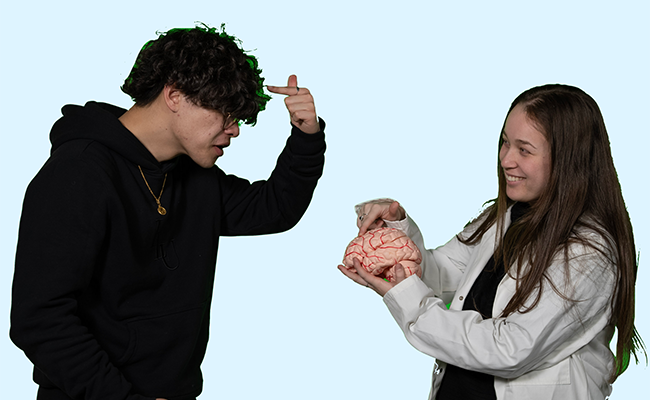 The pair hope to produce a second series of the podcast. Photo supplied.

Liv says she usually directs students who ask which episode they should listen to, particularly undergrads, to Tamlin’s.

“I think students can get so much out of her experience,” Liv says.

“Plus she talks about her journey in psychology in a very entertaining way.”

The pair recorded all six episodes of series one of Psych Made Me during semester 1 of 2021, and got help from members of the University’s media production unit, in particular Rachel Anson, with producing and editing it.

The series was released in March 2022 and could be found “everywhere you regularly find your podcasts” Roger says, including Spotify and Apple Podcast.

To date, it had had just over 900 downloads, and they have received really positive feedback from students and staff members of the psychology department.

The pair hope to produce a second series of podcasts.

“It’s obviously a bit trickier now that I’m not in Otago, but it’s a cool opportunity for us to interview a wider range of people,” Liv says.