Babies have an innate "moral compass"... or is it something else?

In 2007, a landmark study was published by a group of researchers at Yale University in which they argued that infants as young as 6-months old possess an innate moral compass that allows them to evaluate individuals as good or bad. Clearly, the idea that morality is innate (or inborn) is extremely interesting; philosophers have debated this issue for centuries and the Yale study caused an international sensation. But, when our team at the Early Learning Project took a closer look at the Yale study, we began to wonder whether the infants’ preference for the good guy was really driven by a “moral compass.”

We conducted a series of experiments in which, as in the Yale study, 10-month-old infants watched puppet shows. In the puppet shows, infants watched a wooden toy (the “climber”) attempt to climb a hill. They viewed two social interactions; one in which a “helper” toy nudged the climber up the hill, and another in which a “hinderer” toy nudged the climber down the hill. After viewing these two scenarios, infants were presented with a tray; on one side of the tray was the helper and on the other side was the hinderer.

Amazingly, when infants were asked to pick one of the characters, the majority of them picked the helper over the hinderer— but only if they had seen the climber bounce up and down at the top of the hill in the helper scenario. In stark contrast, of the infants who watched the climber bounce up and down at the bottom of the hill in the hinderer scenario, the majority picked the hinderer over the helper; that is, they preferred the bad guy. In the original Yale study, infants were only shown the scenario in which the climber bounced at the top when it got nudged up the hill by the helper. If infants in the Yale study were picking the helper based on their ability to evaluate individuals as good or bad, we should have seen a clear preference for the helper, irrespective of the location of the bounce, because the helper always helped the climber achieve its goal of reaching the top of the hill. Instead, our findings suggest that the Yale findings reflect infants’ preferences for interesting and attention grabbing events, rather than an ability to evaluate individuals based on their social interactions with others.

Our study has also captured considerable media attention. For more details on the study, please check out some of the media reports: 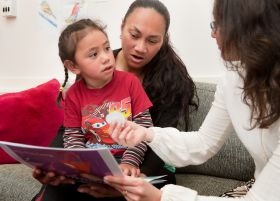 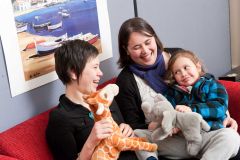 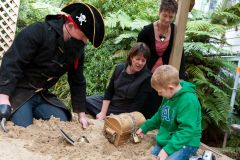 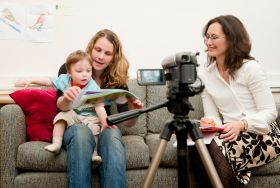 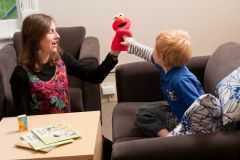