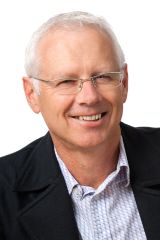 Episodic memories are “tagged” to a particular moment in time and space (ie, memory for what, when and where). Our research investigates how the brain encodes an episodic memory. We have focused on the hippocampal region of the brain, which appears to process “where” information and the neighbouring perirhinal cortex, which appears to encode “what”. Given there is connectivity between the hippocampus and this neighbouring cortex, we have hypothesised that an episodic memory is created when hippocampal-based information about place is combined with perirhinal-based information about objects.

Furthermore, we propose that prefrontal cortex has a role in integrating this information with prior experience and motivation. We are currently testing this hypothesis using a variety of behavioral and electrophysiological techniques. These projects will help clarify how the brain melds place and object information which is distributed across different brain areas, into a coherent memory. At a higher level, it will inform us as to why place information seems to be such an important component of an episodic memory.

Wolff, A and Bilkey, DK. The maternal immune activation (MIA) model of schizophrenia produces pre-pulse inhibition (PPI) deficits in both juvenile and adult rats but these effects are not associated with maternal weight loss. Behavioural Brain Research  2010.  213(2) p:323-7