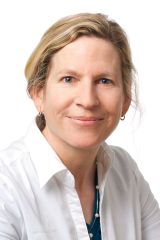 How and why do we perform a particular action at a specific time? Why not do something else? What are the influences on that choice of action? Did we consciously choose?

These are only some of the questions our research program addresses using the techniques of FMRI, EEG, kinematic analysis, behavioural variables, TMS, and gesture analysis. Our primary tool to investigate these issues is BIMANUAL ACTIONS. That is, we view bimanual actions as a window into the workings of the brain.

Some key issues under investigation:

We have suggested that bimanual actions tell us about uniquely-human skills and capabilities… [see in particular: Franz (2003) Bimanual action representation: A window to human evolution. In: Taking action: cognitive neuroscience perspectives on the problem of intentional acts. Johnston-Frey, S. (Ed). MIT Press. 259-288].

While once thought to be governed primarily by motor interactions (due to the bilateral symmetry of the body), we have found that both perceptual and conceptual representations strongly influence the dynamic representations of actions… [see, in particular: Franz, et al (2001), Spatial conceptual influences on the coordination of bimanual actions: When a dual task becomes a single task. Journal of Motor Behavior].

In addition, we investigate an action selection model, according to which the basal ganglia (and frontal-striatal circuitry) play a critical role in what actions get selected and what actions get inhibited…
[see in particular: Franz, E.A. (2006). Converging Evidence of Basal Ganglia's Role in Focused Action Selection and Inhibition of Competing Information. Breakthrough in Basal Ganglia Research. Erwan Bezard, Ed].

Our lab investigates neurological patient populations including people with Parkinson's disease, Autism, congenital disorders (e.g., mirror movements), Stroke, and other conditions that affect the action system. In particular, we work closely with Parkinson's New Zealand and other organizations locally and nationally.

Please feel free to download the available pdf files of some selected papers. [These downloads are available for research and teaching purposes and are copyrighted by the journals and books in which they appear.]

Franz, E. A. (2004). The attentional distribution of task properties to the two hands during bimanual performance of left- and right-handers. Journal of Motor Behavior, 36(1), 71-81.