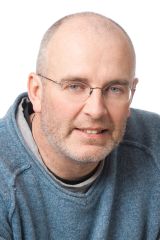 Enmity between people belonging to different social groups is a ubiquitous feature of human existence. A diverse array of theoretical perspectives have sought to adequately account for the manifestation of such phenomenon. Over the past quarter century the most compelling explanation of discrimination (or prejudice) between the members of different groups has been provided by social identity theory. A core assumption of the theory is that intergroup discrimination is in part motivated by people’s attempts to achieve (and maintain) positive self-esteem. The primary aim of the research conducted in my laboratory has been to investigate this idea.

Thus, in one series of studies we are investigating the extent to which different forms of intergroup discrimination (group favouring evaluations, biases in resource allocations, subtle prejudices, blatant prejudices and group serving explanations) affect different types of self-esteem (global, collective and domain specific).

How threats to self-esteem affect subsequent patterns of discrimination

In a second series of studies we are investigating the extent to which threats to self-esteem (eg, negative feedback, failure, the perception negative evaluations from the members of other groups) affect subsequent patterns of discrimination. The results of such work indicate a definite relationship between intergroup discrimination and certain types of self-esteem (ie, collective and domain specific). In spite of these findings, there is little doubt that variables other than self-esteem both affect and are affected by intergroup discrimination.

Consequently, in a third series of studies we have begun to examine the extent to which constructs such as belongingness, meaning, anxiety, and perceptions of control are related to various forms of intergroup discrimination.