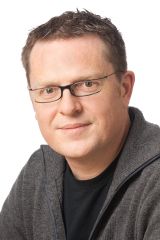 Schizophrenia is associated with a bewildering array of impairments affecting virtually every aspect of cognitive functioning. These problems may stem from changes in the way in which the brain transmits the most basic of information. Indeed, some of the most interesting observations about schizophrenia come from tasks that have been designed to isolate these rudimentary processes.

For example, in healthy individuals, it is possible to speed up processing of semantic information in a target stimulus by priming the target with another semantically related stimulus. This effect is attributed to information processing mechanisms in semantic memory. In schizophrenia, these priming effects appear to be souped up—they are more powerful and even occur when prime-target pairs are only weakly related. One critical question is whether the mechanism that soups up priming also affects other tasks that are presumed to be sensitive to the same underlying mechanisms.

I think it can. My colleague and I found that automatic memory processes—which are also presumed to depend on semantic memory mechanisms—are increased in schizophrenia, particularly among those patients who have symptoms of thought disorder (Linscott and Knight, 2001). The next critical question is whether those who show souped up priming or souped up automatic memory also show analogous changes in other domains of functioning.

Schizotypy as psychometric risk for schizophrenia

Young adults who exhibit psychometric risk for schizophrenia represent an ideal population in which to explore questions about the significance of changes in basic cognitive processes in schizophrenia. For example, my colleague and I found that automatic memory is also souped up in schizotypy (Linscott and Knight, 2004). However, identifying psychometric risk for schizophrenia is not a straightforward process. Schizotypy is multifaceted and, although there are a few well-established measures of schizotypy, these have their limitations. Also, there are significant ethical issues surrounding the assessment of risk for schizophrenia. My students and I are exploring many different conceptual, measurement, and ethical questions relating to schizotypy.

Linscott, R. J. (2007). The latent structure and coincidence of hypohedonia and schizotypy and their validity as indices of psychometric risk for schizophrenia. Journal of Personality Disorders, 21, 225-242.