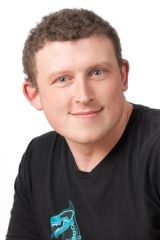 Derived from social identity theory and self-categorisation theory, the Social Identity Approach to Health (SIAH) holds that groups provide us with a sense of meaning and belonging, and that these identity processes have a significant positive impact on our health and wellbeing. With respect to adolescents, multiple group memberships serve as a protective factor during significant life transitions, are an antecedent of self-esteem, and are predictive of better mental health. Currently, we focus on the benefits of existing group memberships (eg, family, school, etc) and the potential for new group memberships (eg, sail-training voyages) to improve adolescent mental health.

Young adults have the highest alcohol use of any age group and many drink with the specific aim of becoming intoxicated. Within this high-risk age group, university students stand out, consuming more alcohol than their non-university attending peers. As a result, university students not only have a higher incidence of alcohol use disorders, but also report a higher incidence of harm resulting from alcohol such as blackouts and negative sexual experiences. Currently, we investigate novel methods for curbing alcohol consumption and harm.