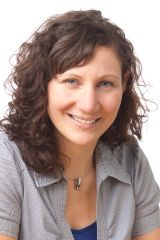 Lucia received her master’s degree in molecular biology in 2006 at the University of Vienna, Austria. She then did her PhD on RNA localisation in neurons, investigating the role of two proteins involved in this process: Staufen2 and Pumilio2. After receiving her PhD at the University of Vienna in 2010, she moved to the University of Otago. Here, she first worked with Professor Warren Tate on a project studying secreted amyloid precursor protein alpha and its role in Alzheimer’s disease and has now joined Professor Cliff Abraham and Dr Stephanie Hughes in a study investigating adult neurogenesis.

I am interested in the processes necessary for memory formation and retrieval, of which significant parts are still poorly understood. During my PhD research I was studying two proteins (Staufen2 and Pumilio2) involved in RNA localization in neurons. This process is thought to contribute to memory formation by allowing rapid modifications of the protein composition of individual synapses. We showed that mammalian Pumilio2 acts as translational repressor for distinct mRNAs, and that this translation control is important for neuronal development and function.

I am now investigating the role of adult neurogenesis in memory formation and retrieval, in a collaboration between the Abraham lab in Psychology and the Hughes lab in Biochemistry. We will use new genetic tools to modify animals in a way that we can silence recently born neurons for a specific time frame. We can then test these animals for behavioral phenotypes associated with the temporary loss of these young neurons. This will allow us to address the exciting and much debated question whether older neurons retire or are still actively involved in memory processes.