Growing up, Niki Osborne wanted to be a detective. She was fascinated by the processes that police investigators use to link crime scene evidence to perpetrators. Now, in the Psychology Department, Niki is conducting her own kind of ‘detective work’ – uncovering the psychological processes influencing the interpretation of crime scene evidence.

“In the final year of my degree, I took a forensic psychology course with Dr Rachel Zajac. We learnt about the ‘Innocence Project’, a non-profit organisation that uses DNA evidence to free wrongfully convicted people. I was captivated by why innocent people were convicted in the first place, and wanted to contribute to preventing these types of injustices.”

Niki’s PhD research looks at how forensic decision-makers can be swayed by more than just the evidence in front of them. For example, she has shown that looking at highly emotional crime scene photographs can make people more likely to say that two fingerprints match, even when the prints are not of sufficient quality to make a decision.

“We all like to think that evidence is collected, loaded into some sort of high-tech computer, and – voila – you have your culprit, but the reality is so far from that. It still comes down to humans. And whenever you have a human making a decision, you have potential for error. As much as we like to think that we can make decisions that are entirely objective, we are actually really vulnerable to preconceptions, emotions, and stereotypes that can bias our judgments.”

Niki’s latest study has her collaborating with the School of Dentistry, where she is looking at the role of emotional context in experts’ and non-experts’ ability to match crime scene bite marks to suspects’ dentition. “Unlike fingerprints, bitemarks conjure up images of violence, making them even more susceptible to interpreter bias. Incorrect bite mark interpretation has sent more than one innocent person to death row.”

Knowing that her work could make convictions safer means that Niki has no shortage of enthusiasm. “Every day, I’m conducting research that could help to prevent miscarriages of justice. That’s a really good reason to get out of bed in the morning!” 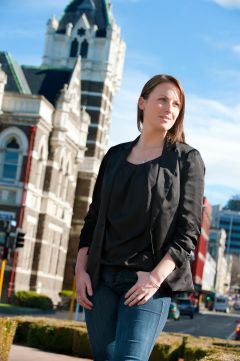