What are the researchers saying about obesity? See the podcast

Edgar Diabetes and Obesity Research (EDOR) held a public lecture on Wednesday 17 February about the challenges we face in addressing the obesity epidemic.

Stephan Rössner is a physician and Emeritus Professor at the Karolinska Institute in Sweden. He set up obesity units at the Karolinska Hospital and Institute, and has published nearly 700 articles and books on various topics including nutrition, diet, eating behaviours and obesity. He has hosted his own TV-show and appeared as an actor in ”science theatre” and as a stand-up comedian.

Dave Grattan is Professor and previous Head of Anatomy at the University of Otago, and a member of EDOR. He is a Management Principal Investigator for the Maurice Wilkins Centre, a National Centre for Research Excellence. His research group is housed in the Centre for Neuroendocrinology, and his research interests include the control of appetite and body weight during pregnancy and obesity. Professor Grattan's presentation focused on understanding the biological basis of obesity.

Stephan Rössner: Stigmatisation of obesity - still a large problem
Dave Grattan: Why we struggle to "eat less and exercise more"

View a podcast of the public lecture:

Watch an interview with the speakers: 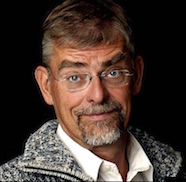 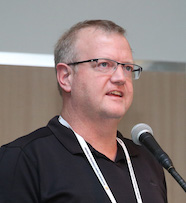