Gripping account of arrogance and denial in the “unfortunate experiment” 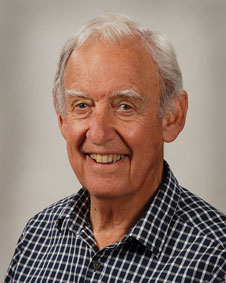 A new book Doctors in Denial: The forgotten women in the ‘unfortunate experiment’ by Ronald W. Jones is being launched today.

Published by Otago University Press, Doctors in Denial is a gripping inside account of professional arrogance and denial written by one of the doctors who exposed the truth about ‘the unfortunate experiment’ at National Women’s Hospital.

When Dr Ron Jones joined the staff of National Women’s Hospital in Auckland in 1973 as a junior obstetrician and gynaecologist, Professor Herbert Green’s study into the natural history of carcinoma in-situ of the cervix (CIS) had been in progress for seven years.

By the mid-1960s there was almost universal agreement among gynaecologists and pathologists worldwide that CIS was a precursor of cancer, requiring complete removal. Professor Green, however, believed otherwise, and embarked on a study of women with CIS, without their consent, that involved merely observing, rather than definitively treating them.

Many women subsequently developed cancer and some died.

In 1984 Jones and senior colleagues Dr Jock McLean and Dr Bill McIndoe published a scientific paper that exposed the truth, and the disastrous outcome of Professor Green’s experiment.

In a public inquiry in 1987 Judge Silvia Cartwright observed that an unethical experiment had been carried out in large numbers of women for over 20 years.

Since that time there have been attempts to cast Professor Green’s work in a more generous light.

Author Dr Ron Jones says he believes he had a moral duty to record his personal journey, extending over more than 40 years, and his role in exposing the 'unfortunate experiment' and its appalling outcomes.

“For many years I have observed attempts to undermine the conclusions of the Cartwright Report, and historical revisionism about what happened.”

University of Otago Deputy Vice-Chancellor Professor Richard Blaikie, who is attending the launch on behalf of the University of Otago, says he welcomes the publication of Doctors in Denial as a valuable account on a major episode in New Zealand’s social and medical history.

Auckland University of Technology Pro Vice-Chancellor and Dean, Faculty of Health and Environmental Sciences, Professor Max Abbott, says AUT is pleased to co-host the launch for Dr Jones, whom he describes as a medical professional of high standing and credibility in the New Zealand medical community.

Ronald W. Jones is a retired obstetrician and gynaecologist and former clinical professor at the University of Auckland. He is a widely published international authority on lower genital tract pre-cancer and cancer. For over 30 years he has served on a range of national and international committees addressing the natural history, prevention and management of these cancers. He is a past president of the International Society for the Study of Vulvovaginal Disease and chair of the Scientific Committee of the International Federation of Cervical Pathology and Colposcopy.