New Zealand researchers are about to develop a radical new way of helping doctors detect antibiotic resistance faster that could save patients’ lives and change the way antibiotics are used around the world. 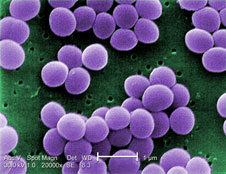 Professor Sarah Hook from the University of Otago, Dunedin, has received a $150,000 explorer grant from the Health Research Council of New Zealand (HRC) to create a unique test that doctors could use on a patient at their bedside to quickly find out if a strain of bacteria will be resistant to a particular

The real-time test involves treating the patient with a test dose of antibiotic that is delivered in a nanoparticle along with an inactive ‘reporter’. If bacteria are sensitive to an antibiotic, the reporter will become active. Doctors can then detect this activated reporter in a drop of blood taken from the patient using a handheld device similar to what is used for testing glucose levels.

Professor Hook says if her cross-disciplinary team of researchers from the University of Otago and Victoria University of Wellington is successful, their new point-of-care detection system will dramatically alter how antibiotics are prescribed and used.

“Our test will enable doctors to determine drug resistance faster than they can at present and allow them to switch to an effective drug, potentially saving the patient’s life. Another advantage is that the test can be performed in the patient at their bedside without the need for expensive technology or laboratory analysis,” says Professor Hook.

Although there is global concern about the increasing number of bacteria that are drug resistant, Professor Hook says doctors are often not able to determine resistance in a timely way and are therefore forced into using broad-spectrum antibiotics that have a higher chance of working. Eventually, however, resistance to these important ‘last resort’ antibiotics develops.

“If doctors had a reliable and cost effective test to determine if the bacteria were sensitive to the drug, they could choose to use a more targeted antibiotic. This type of antibiotic stewardship could help slow the development and spread of resistance both locally and internationally,” says Professor Hook.

HRC Chief Executive Professor Kath McPherson says infectious disease is one of the largest contributors to hospital admissions in New Zealand, with rates of admission highest for our most vulnerable populations: the very young and old. At the same time, there has been a rise in antibiotic resistance to some types of infections in New Zealand and increasing consumption of antibiotics.

“Explorer grants support health researchers with transformative ideas that challenge the status quo and have the potential to revolutionise health care. It’s just this type of innovative and unconventional thinking that we’re going to need to tackle the huge global threat of antibiotic resistance.”

The HRC today announced 11 explorer grants worth a combined total of $1.65 million, including a project to develop fully functioning, vascularized skin using 3D bioprinting for treating non-healing wounds like pressure sores, and a study that will use locally sourced natural polymers and bioceramics to restore and potentially regrow teeth.

‘No Drill, No Fill’ – a novel substitute to regrow teeth

A proton switch for T cell migration and activation