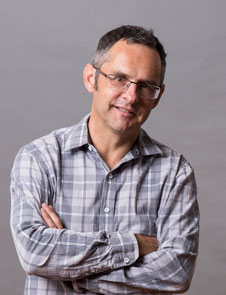 Newly identified gene variants contribute to explaining why Māori and Pacific people have the highest rates worldwide of gout, the painful and debilitating arthritic disease, an international collaboration led by University of Otago researchers has found.

Gout involves uric acid crystals forming in body joints and soft tissues, often in areas such as the big toe, after blood levels of uric acid become too high. Six per cent of Māori and eight per cent of Pacific people living in Aotearoa New Zealand suffer from the condition.

A research team led by University of Otago Department of Biochemistry’s Professor Tony Merriman undertook a targeted DNA sequencing scan of more than 1,800 Māori and Pacific people and scoured the genetic data to identify gene variants that may be associated with gout risk.

The team included scientists from Harvard Medical School, New York’s Icahn School of Medicine, the University of Otago, Christchurch, and the University of Auckland, and collaboration with Ngati Porou Haoura Charitable Trust (East Coast). They discovered that a particular uncommon variant of the gene ABCC4 in some of the participants with Western Polynesian ancestry (Samoa, Tonga, Niue, Tokelau) was associated with lower transport of uric acid from the kidneys and then out of the body.

They also identified another common gene variant that plays a role in the condition in Māori and Pacific people but not people of European ancestry.

The reduced ability to remove uric acid from the blood is a key factor in developing gout, he says.

“Traditionally people think of gout as a disease resulting from dietary excesses – too much wine or seafood for instance. In reality, while certain foods trigger attacks in some people with gout, they are the ‘straw that breaks the camel’s back’ rather than the underlying culprit. In the case of some Māori and Pacific people their genetic make-up likely causes them to be more susceptible by having inherently higher levels of uric acid – probably a beneficial characteristic, aside from causing gout of course.”

In the wake of the new findings, Professor Merriman says that more research is warranted, including exploring using existing medications that may specifically target the gene the team has identified.

“While the commonly prescribed medication allopurinol will likely remain the most widely used treatment for reducing uric acid levels in gout, there is an enormous opportunity to screen for drugs that might be even more effective in treating the condition in Māori and Pacific people and other non-European groups,” he says.

The study, which appears in the international journal Arthritis & Rheumatology, also highlights the importance of looking at what drugs may benefit different populations through taking genetic variations into account.

“Our research is the first to specifically look at gout-related genetic variations in Māori and Pacific people. In terms of medical research into drug treatments, people of European heritage are arguably the most studied in the world, but such findings may not necessarily apply neatly to other groups. It is important that we broaden our approach to identifying what therapies might be most effective with different groups.”

The study was supported by the Health Research Council of New Zealand, Lottery Health New Zealand, Arthritis New Zealand and the US National Institutes of Health. Professor Merriman and colleagues are extremely grateful to the study participants who generously donated their information to the study.