US Fellowship and Harvard invite for Otago researcher 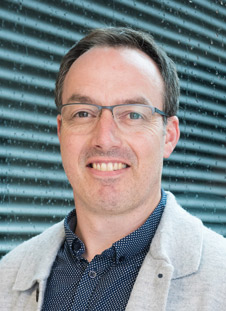 What happens to our healthcare records when we die? It is a question few have pondered and Dr Jon Cornwall’s research on the topic has resulted in him being offered a Fellowship in the US and a speaking engagement at Harvard University to discuss the subject.

A Senior Lecturer at the Otago Medical School, Dr Cornwall headed to the US last month, taking up a short-term post as the Arsht Visiting Ethics Scholar at the University of Miami, Florida, followed by presentations at Harvard University, Massachusetts.

His visit was primarily based on his research exploring the use of posthumous medical records, which has been funded by the New Zealand Law Foundation. He has just completed the first empirical study looking at what people think about their medical records being used after they die.

“This is a topic that is unique and novel – I am almost certain that the work we are doing here has not been undertaken anywhere else in the world, which is why the US universities were so very keen to have me present,” Dr Cornwall explains.

Currently, posthumous medical records in New Zealand must be kept for 10 years and then it is unclear if, or how, these records will be maintained or utilised. But with the boon in digital healthcare records in recent years and an interest among private companies wanting to use large amounts of health data, the matter of what happens to posthumous health records will increasingly become an issue.

While the study is yet to be published, results show a centrally collated and Government-governed resource of posthumous healthcare data was almost universally supported.

“Despite the seemingly logical and inevitable application of healthcare data from deceased persons for research and healthcare both now and in the future, the issue of how best to manage posthumous medical records is currently unclear, including elements of resource governance, issues of law and infrastructural challenges,” Dr Cornwall says.

He led the year-long study in New Zealand exploring the views of the general population on the use of posthumous medical records. While the study is yet to be published, results show a centrally collated and Government-governed resource of posthumous healthcare data was almost universally supported, with varying caveats around how such a resource should be utilised.

Dr Cornwall was delighted to be invited to the University of Miami and to be asked by Harvard Law Professor Glenn Cohen, the youngest professor ever to be appointed at Harvard University, to speak there also.

“It was an absolute privilege and career highlight – almost like a bucket-list opportunity,” Dr Cornwall enthuses. “I’ve often thought I would like to speak at Harvard and to get this opportunity was just fantastic, I was absolutely thrilled to go.”