A cannabidiol gel has been shown to reduce epileptic seizures in children in a clinical trial conducted in New Zealand and Australia.

The gel, which is applied to the skin as a transdermal treatment, was found to reduce the number of focal impaired awareness and convulsive seizures experienced by children with severe epilepsy by up to 58 per cent between month two and month six of being treated. At month five, 63 per cent of children had a reduction of seizures by at least 50 per cent.

The phase II clinical trials of the product, which is being developed by US company Zynerba Pharmaceuticals, took place in Wellington and Melbourne, with a total of 48 children enrolled, 24 in each centre. 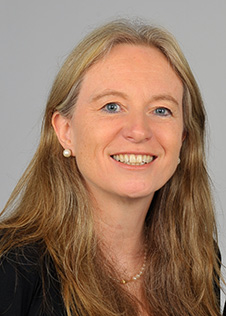 The phase II clinical trial assessed the product’s safety and efficacy in children and adolescents with Developmental and Epileptic Encephalopathies. These are the most difficult to treat epilepsies, and include the conditions Dravet Syndrome and Lennox-Gastaut syndrome. Patients with Developmental and Epileptic Encephalopathy have frequent severe seizures as well as severe cognitive and behavioural impairment.

Professor Sadleir says the gel not only reduced the number of epileptic seizures the children had, but also led to a reported improvement in behavioural and cognitive symptoms. It was also very well tolerated.

“These conditions are the most challenging and poorly controlled of all epilepsy disorders, and have a tremendous impact on the families involved.

“Zygel offers the prospect of these children attending school more frequently, and holds out the hope of a more normal life for their families.

Zynerba says it intends to seek a meeting with the US Food and Drug Administration likely in the first half of next year, to discuss the clinical pathway to approving the product.

About the BELIEVE 1 clinical trial

The six-month BELIEVE 1 clinical trial was an open-label multi-dose Phase II trial designed to evaluate the safety and efficacy of Zygel in children and adolescents. A total of 48 patients between the ages of three and 16 years were enrolled in the trial.