Be aware of potential for complications following tongue-tie surgery in babies, paediatrician warns 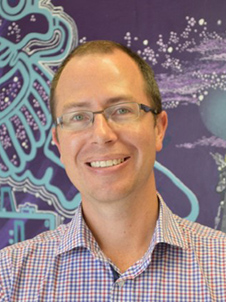 Complications following a procedure to treat tongue-tie in babies are occurring that can result in admission to hospital, something a University of Otago paediatrician says needs to be better understood by both health practitioners and parents.

Tongue-tie is a condition in infants which can often interfere with successful breastfeeding. A simple procedure called frenotomy is used to treat the condition and is performed by a range of health practitioners including midwives, doctors and dentists. While traditionally it has been performed with scissors, there is a trend for the use of a laser.

“Many people think this is a simple and completely safe procedure, but we think families and healthcare providers considering this procedure should be fully informed that it can carry potential downsides as well as benefits,” Associate Professor Wheeler explains.

“All surgery, even when minor, is not risk-free.”

He is also concerned more infants are undergoing the procedure than necessary. “Potentially 10 to 20 per cent of all infants in New Zealand are having it done where, in fact, more like 3 per cent would actually benefit from it.”

This is the first study internationally to report complications relating to tongue-tie procedures in babies and has just been published in the Australasian scientific journal, Journal of Paediatrics and Child Health.

Over a two year period up until July 2018, there were 23 notifications of complications relating to frenotomy in infants aged under one, from 17 paediatricians in New Zealand. Most related to poor feeding (44 per cent), respiratory events (25 per cent), bleeding and weight loss (both 19 per cent). While frenotomy rates in New Zealand are unknown, rates of up to 20 per cent of all babies born in some provinces have been reported. The researchers estimate about 20 out of every 100,000 babies born will suffer a complication related to the procedure.

For example, one healthcare provider in Dunedin treated 414 babies (12 per cent of all babies born) in the Otago/Southland regions over one year, while in Canterbury where there are local evidence-based guidelines for referral, assessment and treatment of tongue-tie, frenotomy rates declined from 11.5 per to 3.6 per cent over a two-year period.

There is also an undue focus on a potential tongue-tie as a cause for poor feeding, which may cause undue delay in diagnosis and management of other potential causes of poor feeding, such as an underlying medical condition, Associate Professor Wheeler says.

“Respiratory complications such as apnoea (cessation of breathing) are also occurring following frenotomy in community settings that may not be equipped to deal with these.”

The researchers concluded that practitioners conducting frenotomy need to be aware of the broad spectrum of potential complications that were encountered in this study, while parents and families need to be advised accordingly and steps taken to actively minise the risk of these complications occurring.

Centralised guidelines relating to referral, assessment and treatment such as those developed in Canterbury, together with specialist second opinions should be considered as the ideal model, Associate Professor Wheeler says.