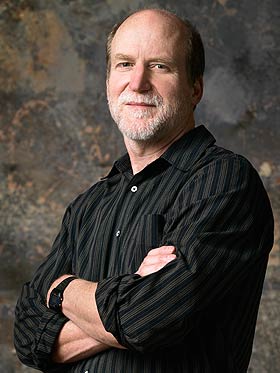 Professor Cliff Abraham
"Memory is an easily understood psychological concept, but one that is hard to understand mechanistically. Our experience of it gives us no basis for knowing how the brain produces it."

The brain is an astonishing device for storing the information with which it is bombarded, every moment of the day.

It draws upon all our senses simultaneously, absorbing the important details, screening out the irrelevant, updating its knowledge, applying concepts learned in one situation to others – and providing us with an extraordinary richness of imagery and ideas that make up our sense of history and identity.

But while we enjoy our visceral experience of memory, it's what this activity looks like at the neurological level that has long fascinated Professor Cliff Abraham, of the Department of Psychology.

"Memory is an easily understood psychological concept, but one that is hard to understand mechanistically. Our experience of it gives us no basis for knowing how the brain produces it." Now, the quality of Abraham's own firing synapses has been formally recognised with the University of Otago's highest honour. In 2009, Abraham was awarded the Distinguished Research Medal in recognition of almost three decades of work at Otago, much of which has been devoted to understanding the physical architecture of memory.

Upon first encountering the field of memory research as an undergraduate student in Virginia, US, he recalls, "Memory storage seemed almost magical, a great mystery". That the relationship between memory and its physical expression in the brain is now somewhat less of a mystery to brain researchers is due, in some measure, to Abraham's efforts ever since. Since joining the Department of Psychology in 1981, Abraham has focused on the cellular and molecular basis of memory.

He explains that when we experience an event, certain populations of cells in our brains become active. Later, when we recall the event as a memory, a significant proportion of these neurons are reignited. This reignition can occur because, during learning, the synaptic connections between neurons are changed: some are made stronger while others weaken. Abraham and his colleagues, Professor Warren Tate and Dr Joanna Williams, have conducted considerable research to understand the mechanisms underlying these changes in synaptic connections.

Early in the 1990s, however, Abraham and his students made a serendipitous discovery that was to make a lasting impact on how the brain's processes for storing memory were understood. They noticed that temporarily "turning off" the ability to change synapses is a natural process of a healthy brain. At other times, the ability to change synapses can be turned up. They came to appreciate that this served an important function in creating a stable memory environment, "preventing the brain from becoming either too excited or too weakly activated". The phenomenon, for which they coined the term "metaplasticity", is now an accepted principle of memory neuroscience.

Studies into memory soon turn to discussions of forgetfulness. Where this represents more than absent-mindedness and the onset of long-term degenerative brain disease, Abraham acknowledges the challenge for neuroscientists is immense. Now, alongside Tate and Williams, he has turned his attention to one of medicine's most intractable foes – Alzheimer's disease.

Affecting some 20,000 New Zealanders,"This is a disease that changes your personality. It robs you of your memories, your identity and your confidence. It is very frightening indeed." And, once again, Abraham is focusing his research on an area where the action does not appear to be happening – with promising results.

Alzheimer's disease is known to be associated with abnormal "plaques and tangles" in the brain, formed by proteins behaving badly. Abraham describes these problems as stemming from an altered processing of a normally occurring "parent" protein in the brain. When it is working properly, it produces two "children" that co-exist in a state of family harmony, most of the time.

"In Alzheimer's disease, however, the parent produces so much of one protein that it becomes toxic, and not enough of the other one which is normally protective of nerve cell function," explains Abraham. "And, while most researchers are looking at the toxic protein, we are interested in what it means for the brain to have less of the neuro-protective protein. What can we find out about how it works? How might we boost its levels of production? How might we simulate its effects?"

While he emphasises that he is not on the cusp of a medical breakthrough and no new treatments are on the immediate horizon, there is genuine excitement in his voice as he confirms that, yes, "We do seem to be onto a positive line of enquiry that will address some of these questions".

Indeed, it is this sense of innate curiosity and the satisfaction of discovery that continues to motivate Abraham. And, although he now spends much of his time in a supervisory role, holding senior leadership positions including director of the University's interdisciplinary Brain Health and Repair Research Centre, Abraham still describes the thrill of getting behind a microscope and conducting experiments as among his greatest pleasures.

Altogether, he and his collaborators have attracted more than $16.6 million in external funding, including major grants from New Zealand's Marsden Fund and Health Research Council. In 1997, he was made a Fellow of the Royal Society of New Zealand and, in 2007, the society awarded Abraham a prestigious James Cook Research Fellowship to further his research. Internationally, he has attracted funding from the Human Frontiers in Science Program and the US National Institutes of Health, and has taken part in numerous research collaborations with neuroscientists in Australia, USA, Asia and Europe. Now, he adds the Distinguished Research Medal to his achievements.

But amid all the accolades, Abraham is quick to share credit with his research staff, students and colleagues.

"I have had the privilege of working with some outstanding researchers," Abraham reflects. "We have made some contributions I do feel quite proud of."

It's been a career, he says, that's given his neurons plenty of cause to ignite with positive memories.