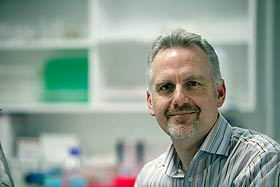 Conventional wisdom in medicine has been that heart valve infection, or endocarditis, is most likely to have been caused by valve damage following rheumatic fever during childhood or adolescence.

However, ground-breaking research by Professor David Murdoch, who heads the Department of Pathology on the Christchurch campus, and international colleagues has shown that endocarditis is more likely to be caused by the bacterium Staphylococcus aureus and the degeneration of heart valves during ageing.

This innovative study, published in the Archives of Internal Medicine, has shown that infective endocarditis is an acute disease, with relatively quick onset, and should be treated as such with either antibiotics or surgery to save lives.

"This will help to redefine how clinicians approach heart valve infections," says Murdoch. "It's a new clinical direction and enables us to be much more definitive about the causes of this serious disease, how to better treat it and to reduce the stubbornly high mortality rate." Endocarditis has an in-hospital mortality rate of 18 per cent, unchanged in the last 25 years. The one-year mortality rate is even worse, approaching 40 per cent. It also has major health impacts such as stroke, blood clots, heart failure and other ongoing complications.

About 300 people are hospitalised every year in New Zealand with infective endocarditis and, internationally, 50 per cent undergo heart valve replacement surgery.

The strength of this research is that it is the first to examine the presentation, causes and outcome of endocarditis globally, with 2,781 patients from 58 hospitals in 25 countries, making it the largest study so far of this disease.

One of the more interesting findings is that 25 per cent of patients contracted the infection following health care, particularly in the US. Murdoch says this is relevant to New Zealand and other developed countries, with growing numbers of older people who are likely to need hospital care.

Other factors associated with endocarditis and in-hospital mortality are increasing age, pulmonary oedema and other heart valve complications. Early surgical intervention is associated with a reduced risk of dying.

Murdoch has now been invited to the leadership team of a much larger five-year international study, investigating the causes of the world's number one killer of young children, pneumonia. Based at Johns Hopkins University Bloomberg School of Public Health (US), the project has received a $US40 million grant from the Gates Foundation to investigate this disease.

"This generous grant is a fantastic opportunity to eventually save the lives of millions of children," says Murdoch. "It can be very difficult to pin down the bacteria and viruses that actually cause individual cases of pneumonia. You're lucky to find a cause in 50 per cent of cases, but, if we could determine causation more accurately, then we would be able to target vaccines to prevent this disease and reduce its mortality rate.

"One of the questions we're also interested in is whether viruses act as a trigger for infection by bacteria that often lie dormant in children's throats and then flare up and cause acute pneumonia."