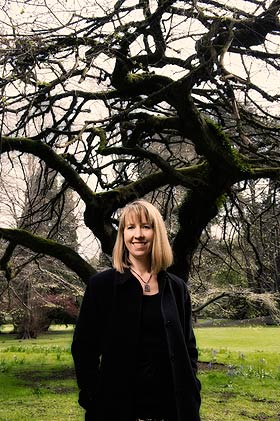 Dr Rebecca Campbell
“The better we can understand the neural regulation of the brain cells that are critical for driving fertility, the better chance we have of being able to develop means of enhancing or blocking the process.”

New research on how the brain influences fertility could eventually result in improved ways of controlling conception and contraception.

Discoveries by Dr Rebecca Campbell (Department of Physiology) have changed our understanding of how the brain regulates reproduction. Infertility is a growing problem in Western societies. Estimates suggest that 15 to 20 per cent of New Zealand couples are infertile and around one third of cases of infertility in women are due to disorders in brain control mechanisms.

Certain brain cells, called gonadotrophin-releasing hormone (GnRH) neurons, are known to co-ordinate to control the process of fertility. These relatively scattered neurons act in unison to secrete a pulse of hormone about once an hour.

This unified activity is crucial to effectively drive the activity of reproductive tissues and trigger ovulation. But what has not been established is how these GnRH neurons achieve this synchronisation and co-ordinate the multitude of internal and external cues needed for successful fertility.

Historically, GnRH neurons have been viewed as not particularly receptive to inputs from other cells, but Campbell has shown the opposite to be the case.

Working with Professor Allan Herbison at the Centre for Neuroendocrinology, Campbell used state-of-the-art imaging techniques to study the brains of genetically modified mice.

They revealed that the crucial neurons actually had lengthy dendrites – thread-like receptive pathways that communicate impulses between nerve cells. This has exposed multiple input sites from other neurons and also revealed an unexpected mode of synchronisation between GnRH neurons. It’s a leap forward in appreciating how the GnRH neurons interact and offers possibilities for developing therapies to influence how they control reproductive function.

“The better we can understand the neural regulation of the brain cells that are critical for driving fertility, the better chance we have of being able to develop means of enhancing or blocking the process,” says Campbell. That could mean new hope for infertile couples, and safer and more effective methods of birth control.

Campbell’s work has been published widely, attracting international interest and collaborations, and she has received a 2009 University of Otago Early Career Award for Distinction in Research.

Her laboratory is one of nine at the Centre for Neuroendocrinology. Future experiments will delve deeper into the mysteries of the GnRH neuron network, extending to questioning its role in both reproductive health and disease.