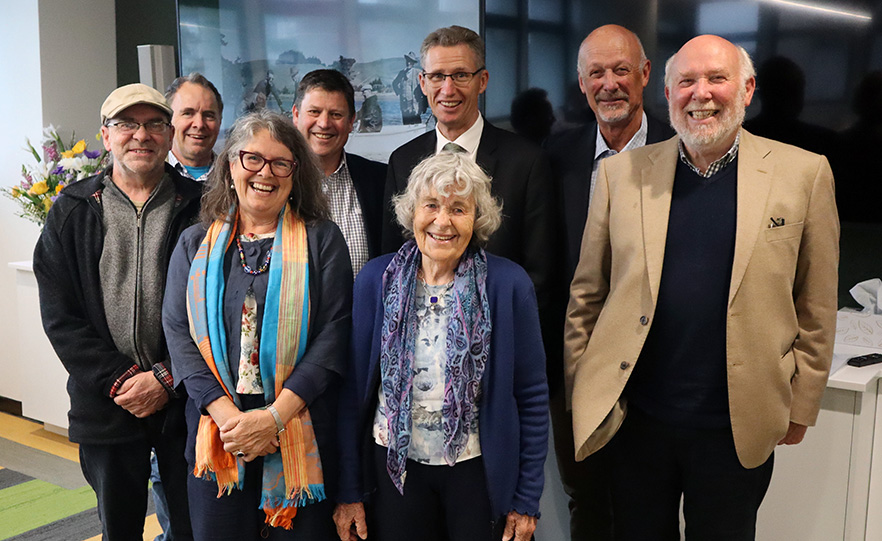 The Donald Scott Memorial Scholarship in Freshwater Ecology was launched last evening at an event attended by family, friends and colleagues, at the Division of Sciences at the University.

Initiated by his wife, Mrs Patricia Scott, the scholarship honours and celebrates Associate Professor Scott’s impact and legacy in the field of freshwater conservation and research, his passion for teaching, and his role as a champion of sustainable angling.

“What started out as a modest idea to remember him in some beneficial way has grown into a substantial enterprise which will see a continuation of Donald’s research in freshwater ecology,” says Mrs Scott.

From 2023, the $5,000 scholarship will be awarded annually to a postgraduate fourth-year or honours student in Otago’s Department of Zoology. It will provide support for students conducting research into Aotearoa New Zealand’s freshwater ecology, informing best practice and sustainability for the management of fisheries, waterways and freshwater angling and sports fishing communities.

Mrs Scott says Associate Professor Scott had a deep love of the outdoor world and especially the rivers of Scotland and later the rivers of Otago and Southland.

“Donald learned to fish the small burns as a young boy and was fascinated by the bottom fauna. He never had to think about a future career, he always knew he wanted to be a freshwater biologist.”

She says whenever the family was on a road journey the car would slow when they crossed a bridge over a river. “Donald would note whether the river was high or low and whether it was dirty or clear. Our family picnics were mostly to rivers.” 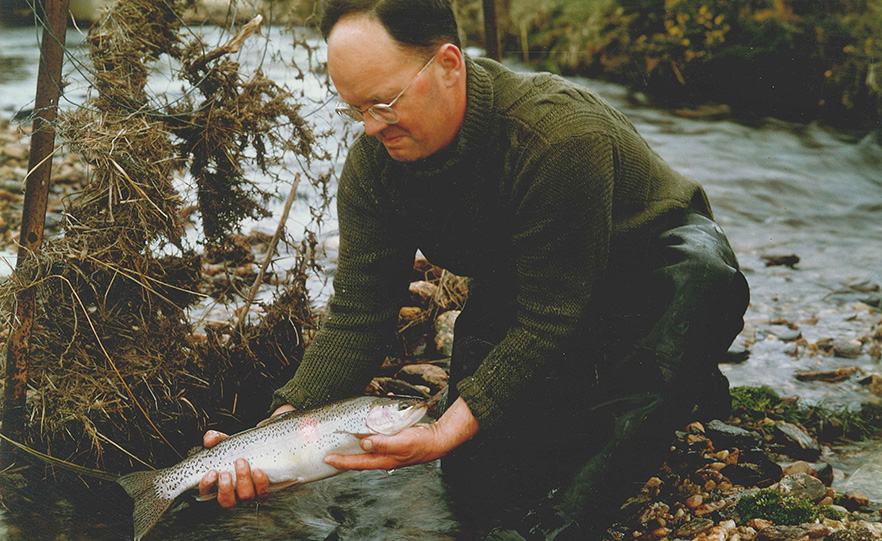 Donald Scott inspects the first spawning return of rainbow trout in 1971, when a trap was installed in Post Office Creek, a tributary of Lake Mahinerangi. Photo: Otago Fish and Game Council.

Associate Professor Scott’s academic career and his hobby of angling were completely entwined, and he kept an angling diary for more than 50 years.

The family hopes the scholarship increases human understanding of the natural world, enables students to continue their studies and further their careers, and contributes to the restoration of the health of freshwater ecosystems and to the enjoyment and recreational opportunities that rivers offer us all.

“Donald has left a valuable legacy in the success of the students he taught, in the research he did, in his work for Fish and Game, and in the protection of our rivers. Now his name lives on in this scholarship,” says Mrs Scott. “Our hope is that the students who benefit from the scholarship capture something of the passion that inspired Donald in his love of rivers.”

Alongside his research and teaching career, Associate Professor Scott also served as a scientific advisor and elected councillor with the Otago Fish and Game Council and was a Clutha Fisheries Trust trustee.

Chief executive of Otago Fish and Game Council, Ian Hadland, says, “if Donald were present today, he would share our collective concern about the state of freshwater fisheries and habitat in Otago.

“The real story about the plight of freshwater species, including trout, and their habitat should be told through science that is well-founded and well-funded. Donald would want us to do the science, critique other research, and get on with advocating for better protection of the freshwater and fisheries habitat for the best benefit of all species.”

Clutha Fisheries Trust trustee and former Otago Fish and Game Council chief executive Niall Watson says Donald’s commitment and enthusiasm did much to focus Fish and Game on science-based management and to strengthen links with the University.

“Donald was persuasive and patient with non-academic anglers and farmers and enjoyed interactions with them,” he says. “It is very pleasing for me to be involved in seeing this scholarship established in his name to support postgraduate students in freshwater ecology.”

Professor Gerry Closs, former Head of the Department of Zoology, says the University is extremely grateful for the establishment of the scholarship, which will also help attract future freshwater ecologists to ensure the protection and enhancement of one of Aotearoa New Zealand’s most precious resources.

“Fourth-year and master’s level students will certainly benefit from this much-needed additional support, which will make a real difference to the research impact we can expect in the future.”

The scholarship will be administered by the University of Otago Foundation Trust and awarded annually until 2035, with fundraising underway to extend it beyond this timeframe.