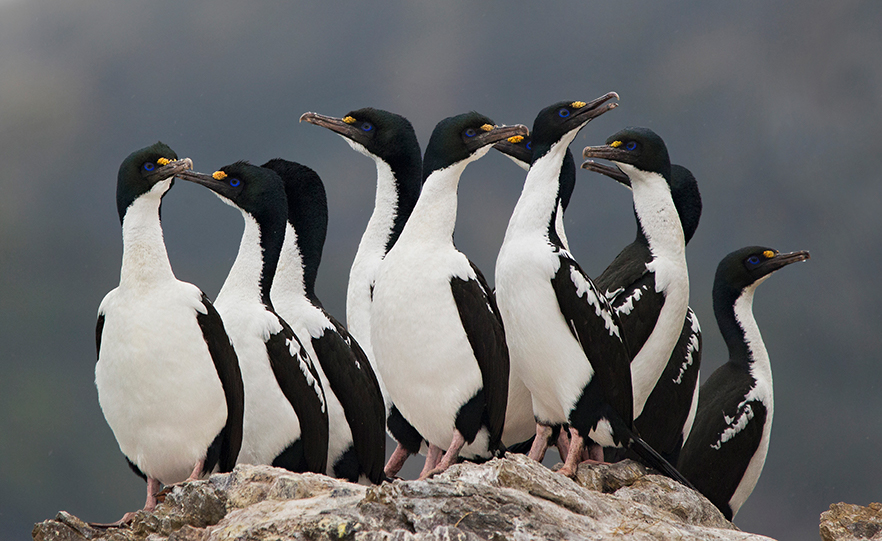 A group of King shags.

The genetic whakapapa of New Zealand’s blue-eyed shags stretches back millions of years – outliving their close relatives throughout the Ice Age – University of Otago research has found.

Their history has led lead author Dr Nic Rawlence, of the Department of Zoology, to call the humble seabird, with 17 different species and subspecies, “the canary in the Southern Ocean coal mine” in relation to the susceptibility of blue-eyed shags to climate change and human disturbance. 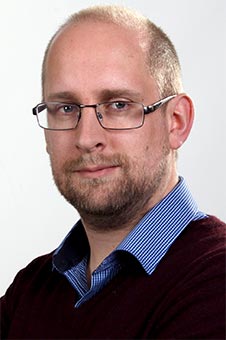 “Their dynamic and rapid responses to past, and potentially future climate change should be a warning to us all about how fast ecosystems can change,” he says.

The DNA study, published in open access Journal of Biogeography, found New Zealand’s blue-eyed shags, which include the extinct Kohatu shag, and among others the living King, Otago and Foveaux shags, originated in South America millions of years ago.

“Many New Zealand birds trace their ancestry to Australia, so to find linkages to other parts of the world is quite rare and fascinating.”

The group expanded to Antarctica and then into the high-latitude sub-Antarctic Islands and the New Zealand region around 2.5 million years ago, surviving in New Zealand throughout the Ice Age.

“In contrast, any blue-eyed shags on the Antarctic Peninsula and sub-Antarctic islands outside the New Zealand region – like South Georgia, South Orkneys, Marion, Crozet, Kerguelen, Heard, and Macquarie – got knocked out repeatedly with each cold glacial cycle, followed by rapid recolonisation from South America during each warm interglacial cycle,” Dr Rawlence says.

The researchers were surprised by how these extinction-recolonisation processes played out across such a large area of ocean and the speed with which they occurred.

“While the first wave of blue-eyed shags out of South America survived in the New Zealand region, and their South American homeland throughout the Ice Age, those in the intervening areas were no doubt repeatedly knocked out with each glacial cycle by sea ice and ice/snow cover. The speed with which these high-latitude areas were recolonised surprised us all.

“While we know a lot about how animals responded to the Ice Age in the Northern Hemisphere such as contracting into and expanding out of glacial refugia, it is great to now know how one group responded in the Southern Ocean.

“The distribution of different blue-eyed shags across the Southern Ocean makes them a great natural laboratory to study rapid evolution, much like the famous Darwin’s finches in the Galapagos Islands.”

With more of their history understood, and with increasing global temperatures, the future of these present-day populations in a changing world is unknown.