A University of Otago study explored factors which influence Americans’ levels of concern over climate change, providing discussion on how those factors could impact mitigation efforts. 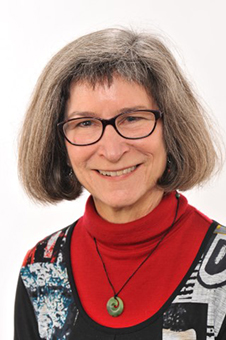 A key thread of the research examined the ability of people to visualize the future. Results showed that while 74 per cent of respondents were concerned about climate change, only 29 per cent discussed lower carbon options when asked to describe travel in the year 2050.

“This suggests actively envisioning a sustainable future was less prevalent than climate change concern. So while the majority were concerned, there was a disconnect with expectations of what the future might hold,” says lead author Jean Fletcher, who completed the study as part of her PhD in Otago’s Centre for Science Communication.

The study discusses how mitigation efforts such as greater adoption of low carbon systems could be more widely accepted and happen sooner if expectations of a low carbon future were more prevalent.

“For example, if people expect vehicles will, rather than might, switch from petrol to electric, the uptake of electric car purchasing would likely increase sooner,” Miss Fletcher says.

The study also describes how the abstract nature of ‘the future’ may inspire procrastination as people wait for more information before making a decision.

“This has important implications for climate change. The cumulative nature of carbon emissions means the longer we wait to reduce emissions, the more drastic the emission reduction needs to be,” Miss Fletcher adds.

Study supervisor, Professor Nancy Longnecker of Otago’s Centre for Science Communication, says that the study’s finding of a link between technological optimism and climate change concern suggests that individuals are hoping for technological fixes rather than making personal lifestyle changes. She notes that individual action, collective action and policy are all necessary components in global response to climate change.

“For policy makers, knowing drivers behind people’s thinking can help communicate measures to mitigate climate change in ways that lead to action, instead of people either seeing the problem too far away to worry about, too difficult to fix, or being someone else’s responsibility,” Professor Longnecker says.

The study, Climate change risk perception in the USA and alignment with sustainable travel behaviours, has been published today in the scientific journal PLOS One.