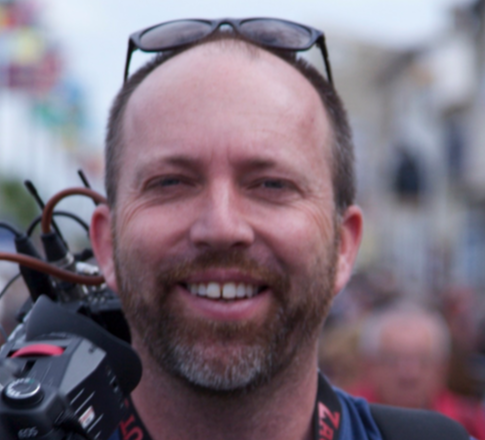 Jeff Avery is an alumni of Vancouver’s B.C.I.T. Television Production School. After graduating in 1996 he worked in Shanghai, China for international production company Pace Setter Pictures. As “Executive in Charge of Production” he produced commercials, television programs and corporate image pieces for agencies and clients in the Chinese market.

Upon moving to Auckland, New Zealand in 2000 Jeff worked as a freelance television editor, director and cameraman. His work included editing weekly magazine shows and TVCs for Auckland production houses.

With his wife, producer Jane Avery, he also made several travel/cooking programmes in locales such as Morocco and the South of France featuring television personality Peta Mathias. This led to co-producing 40 live stage shows around New Zealand, which included accompanying Peta’s Edith Piaff tributes on the guitar and piano.

Since 2012 Jeff has been living in Dunedin working for NHNZ. He shot, directed and edited GEM HUNT for Travel Channel and has edited shows for American television networks including Red Wood Kings (Travel/Discovery), I Survived (A&E) and Fish My City (NAT GEO).

In 2016 he worked as a cameraman on the film NO MANS LAND, by notable New Zealand composer John Psathas, recording over 150 musicians playing at iconic WWI battlefields.

As an Otago University lecturer Jeff is enthusiatic about passing on his editing experience to students of the Science Communication program.