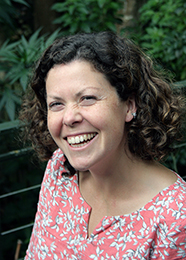 Cathy has taken up a new role in the Centre for Alternative Technology in the UK.

She continues to provide supervisory support for her remaining PhD students but is no longer accepting students at the University of Otago.

Cathy has a decade of experience in ocean and climate science, and professional experience working as a climate science communicator to support UK Government policy-making on climate change. As a PhD student at the University of Southampton, Cathy’s research explored the unusual chemistry of deep-sea hydrothermal vent fluids in the Southern Ocean, and the adaptations enabling vent fauna to tolerate the extreme toxicity of their environment. Moving from the deep polar seas to the tropical shallows, her post-doctoral research at the University of St Andrews set out to understand how corals encode climate records in their skeletons, and how fossil corals can help reconstruct Earth’s climate in the past.

With a growing concern for the impacts of our changing climate in today’s world, Cathy took up a position at the UK Met Office in 2016 as a Climate Science Communicator for the UK Government, including a secondment to the climate evidence teams of two government departments. This was an exciting and fast-paced role, ensuring that policy makers were informed by the latest knowledge and understanding of our changing climate, and responding rapidly to parliamentary and ministerial enquiries. At the same time, this was an opportunity to be creative in communicating science more widely, and to tell stories about our climate through infographics, animations, and through social media.

Meaningful and effective responses to our climate crisis, both globally and locally, necessitate clear and engaging communication of emerging science, now more importantly than ever. There will be no single magic solution, but rather a mix of solutions that will be different for different communities all around the world. Cathy’s work aims to connect scientific evidence with public understanding and policy more effectively, and ultimately to ensure that the societal transformations underway are truly successful in limiting the rise in global temperatures to the ambitious targets set in the 2015 Paris Agreement.