History of Sciences at Otago 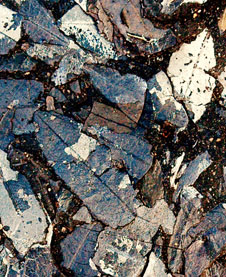 Science at Otago had its beginnings when the University of Otago was established in 1869 with three professorial chairs - one of which was Mathematics. A fourth chair in Natural Science was established in 1872 as the result of a grant from the Provincial Council, which considered that this would be beneficial to the province.

In 1909 a gift from Lieutenant-Colonel John Studholme of £300 per year for three years established a Chair in Home Science. The first professor took up the appointment in January 1911, and at that time, the focus was on the social and domestic life of the community.

Initially the Bachelor of Arts was the only undergraduate degree offered at Otago, although it included science subjects. From the 1920s, the Home Science programme, a three-year diploma in Home Science consisting of applied chemistry and the sciences relevant to cooking/food preparation, household arts, hygiene, practice teaching, foods and nutrition, textiles and clothing was offered from 1921 until the early 1990s, and a four-year degree course from 1922. Science was not constituted as a faculty until 1944.

Over the years the Faculty of Science grew, and by the mid 1980s it included eight departments (Botany, Chemistry, Computer Science, Geology, Mathematics and Statistics, Physics, Psychology, and Zoology) and three schools: Consumer and Applied Sciences (established in 1986 and including the principal disciplines of Home Science: Clothing and Textile Sciences, Design, Food Science, Human Nutrition and Community and Family Studies), Physical Education, and Surveying.

In 1989 the Division of Sciences was established following the amalgamation of these departments, as well as the School of Consumer and Applied Sciences (encompassing the disciplines of Human Nutrition, Clothing and Textile Sciences, Community and Family Studies, Design Studies, and Food Science), and the School of Physical Education.

Student numbers within the Division continue to grow, both at undergraduate and postgraduate levels, as do the number of major subjects and qualifications being offered. At the same time the career choices and destinations of our graduates are becoming more and more diverse.