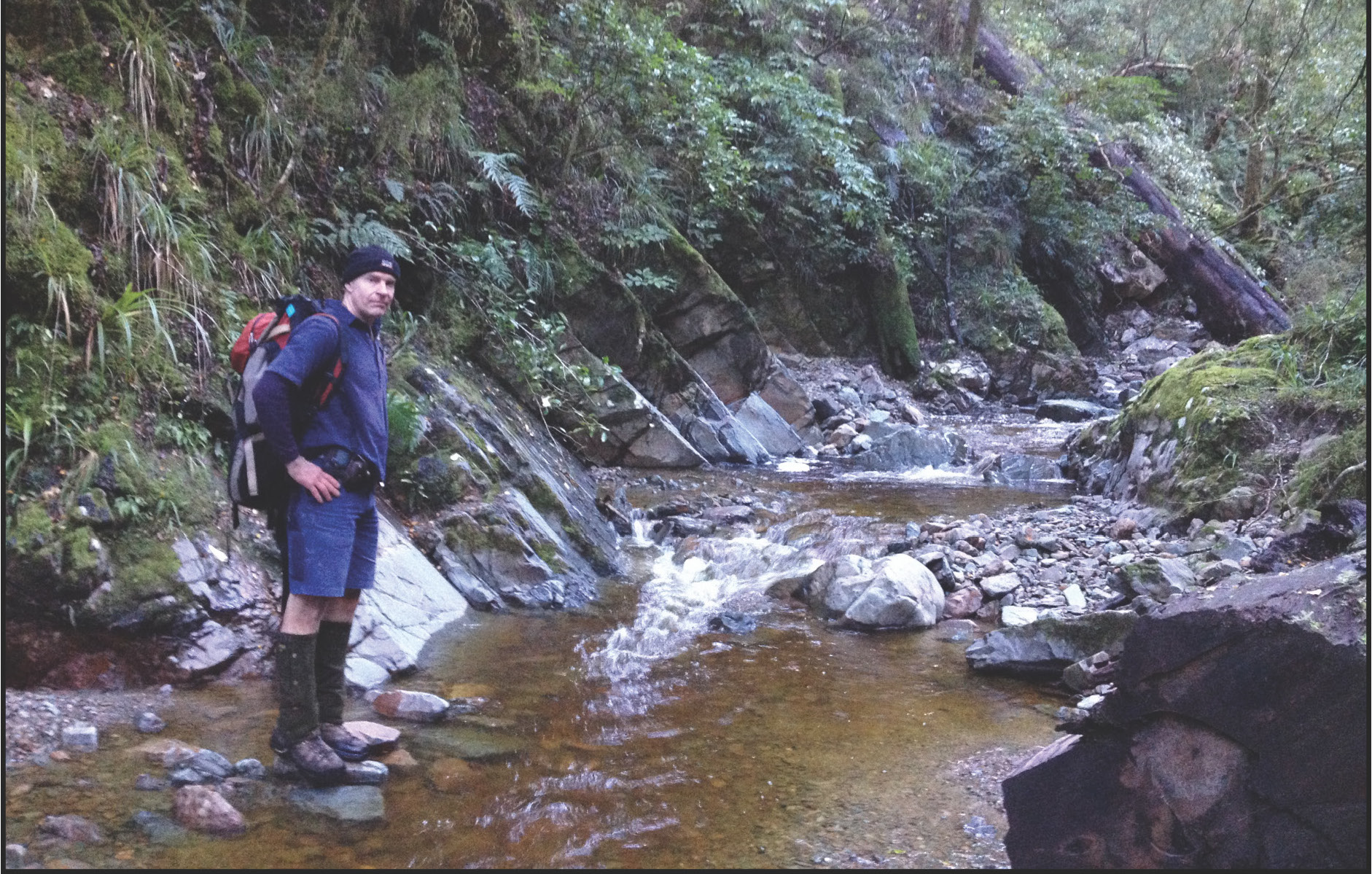 Hard rock gold mining in the West Coast goes back almost 150 years. Now with the closing of Oceana Gold (NZ) Ltd’s Globe-Progress Mine in Reefton the search for new deposits has taken on a renewed urgency. A team from Otago’s Geology department is re-examining some of the areas historic gold mines.

The team led by Doug MacKenzie is working closely with Oceana Gold and other explorers in the South Island - and they’ve gone looking for gold in Reefton.

They’re mapping the area around the historic Energetic Mine, which first opened in 1871 and closed due to a shaft collapse in 1927 - with gold still at depth. The mine site is all derelict now and almost completely overgrown.

Doug and his student are getting into the bush and mapping all the old rock exposures on the surrounding ridgelines and in nearby creeks. They’re collecting structural information to determine how the gold veins are emplaced in the surrounding rocks. These findings will help Oceana and other mineral exploration companies target gold in the Reefton area and elsewhere in New Zealand.