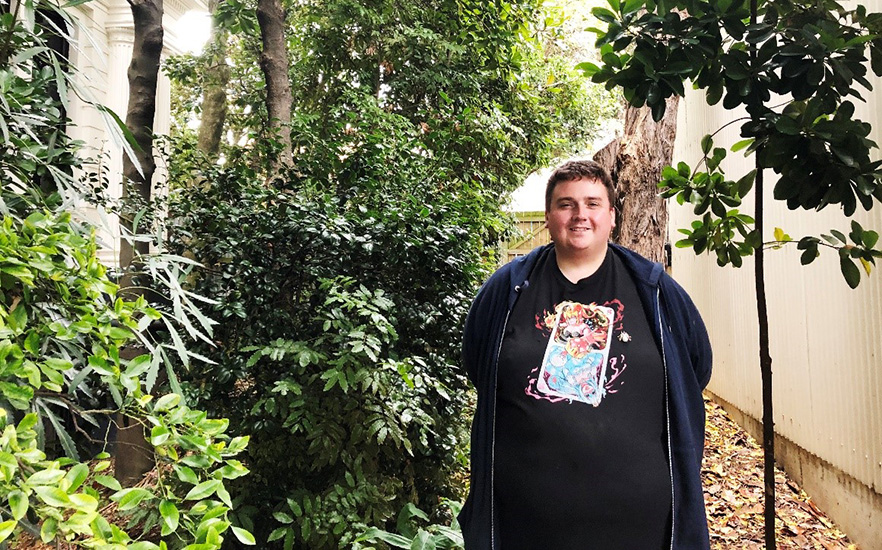 James Croft-Bennett, an arachnologist based in the Department of Botany

I’m an arachnologist based in the botany department of all places. On the surface that doesn’t make much sense but it turns out that spiders love plants. Invertebrates in general have always appealed to me: the segments, the jointed limbs and spines, everything needed to nurture any growing imagination as a child. Ever since I could walk and turn over stones, I have been attracted to invertebrates.

My biological mother is terrified of spiders, so seeking to avoid having a severely arachnophobic child, my aunty threw a multitude of books about invertebrates at me. It ended up having the opposite effect and I became obsessed about them. There are always so many new things to find out about spiders. Toiling on the William James building green roof, I discovered that spiders not only enjoy roosting in vegetation, they take it very seriously! The statistical analysis indicated the number of plant species positively correlated with spider presence: who knew spiders were so keen on garden aesthetics!

Just recently I attended a science wānanga in Tolaga Bay to share my growing expertise in entomology with local school kids. There was a particular moment that stuck out to me. During a break I was seated in the shade. At first a couple of kids came over to show off some things they had learned in another module, but the conversation quickly evolved to amphibian limb regeneration and then to the multitude of venomous animals found in Australia. As I talked with them, the group slowly grew to a reasonable gathering – kids just interested in listening to me sharing what I know about spiders, jellyfish, sea cones and sea snakes. By the end of the wānanga I was sad to go, but the seeds of future arachnology had been sown!