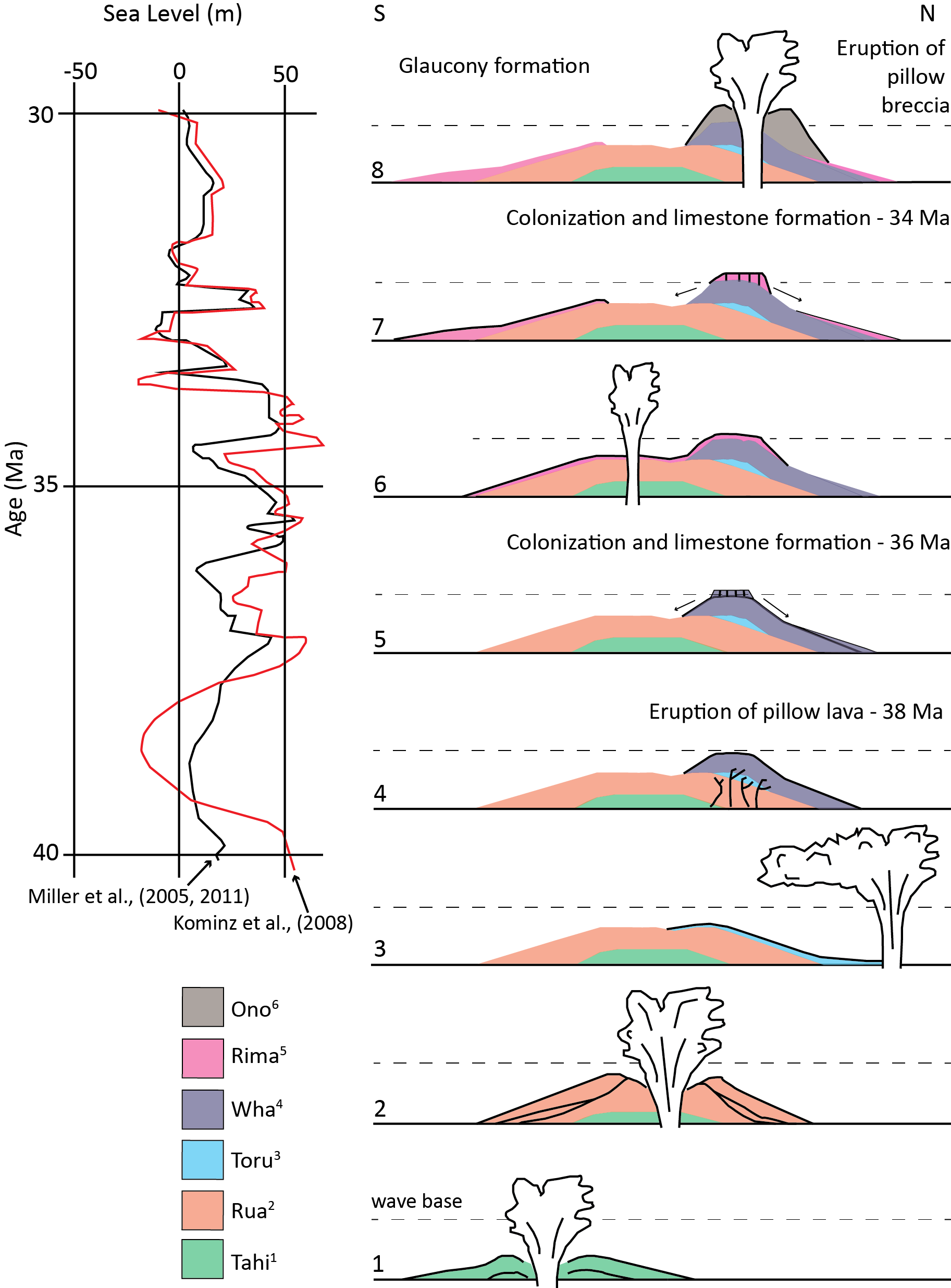 Researchers in the Geology Department have been exploring what looks like a single volcanic event, a long time ago… At Cape Wanbrow, south of Oamaru Harbour.

What they found was a series of similar events in the same area, but millions of years apart. This means that what should have been a monogenetic event – a one-off eruption – has in fact been a series of eruptions, but so far apart that effectively they were isolated events.

The eruptions happened underwater, and the deposits were eroded away by tides until they were almost gone. This layering up and eroding has left a distinctive signature on the cliffs at Cape Wanbrow, a signature that was only visible out at sea. Ben Moorhouse, PhD student, explains:

“When we started to look at the site we were expecting that it would be a monogenetic underwater volcano. But once I looked at it from off-shore, there were clear margins between some of the layers, and when we examined those boundary layers it was evident that these different deposits were millions of years apart in age.”

The findings provide a cautionary tale for workers in other monogenetic fields; the last build-up at this site was on top of an eroded pedestal made up of extremely similar deposits - representing remnants of a series of previous volcanoes. It’s like a modern city built on ancient ruins, but all constructed by the same family of architects and builders.

The repeated rise of magma to the same location across millions of years is different to the widely accepted idea that monogenetic volcanoes are single short lived eruptions. If true, why is magma preferentially rising in a spot where the plumbing system has frozen instead of creating a new pathway to the surface?

Many underwater volcanoes remain undersea, but at Cape Wanbrow the seabed has been lifted up, providing insights into the poorly understood submarine processes related to growth of these eruptions.

The new island that has arisen off the coast of Tonga is a superb example of these underwater earthquakes, and the processes involved in the formation of Cape Wanbrow. The deposits from an underwater volcano have risen above water level, but the island won’t be named for a year or two – just in case it gets eroded to below the surface again!