The process started with applying for funds to buy ONE machine to be shared by Chemistry, Geology and Marine Science, but the researchers found from test samples that the machine they were looking at wouldn't do ALL of the work required by the three departments. This was the variable temperature magnetometer from Quantum Design in San Diego.

In the end, by paring back on extra features and by striking a hard bargain, the research group was able to buy two machines with the funding available. The variable temperature instrument (VERSA-Lab) is in Chemistry. The other magnetometer, a Princeton Instruments Vibrating Sample Magnetometer is housed in Geology, operates at room temperature and has a precisely controlled variable magnetic field. This is used to identify unknown magnetic particles, their size and concentration in rocks and sediments.

The two magnetometers were jointly funded by the three departments with support from the Division of Sciences and a successful application in the Large Equipment funding round within the University. 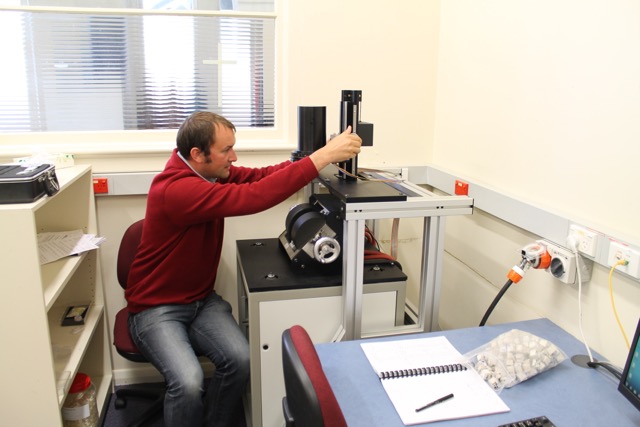 Dr Christian Ohneiser (Geology) – “We are involved in paleoclimate research, using magnetic grain size to learn about past climate. For example we can tell from the nature of the magnetic particles in Antarctic sediment drill cores whether the period was warm and wet (magnetic particles are oxidised). We will also be looking at magnetic particles in deep ocean cores; these are mostly bacterial magnetite – formed inside bacteria, perfect crystals of magnetite. No-one knows why they do this! The new instrument will allow us to test a lot more samples in a much shorter space of time and conduct a suite of new tests which we could not do in New Zealand.” 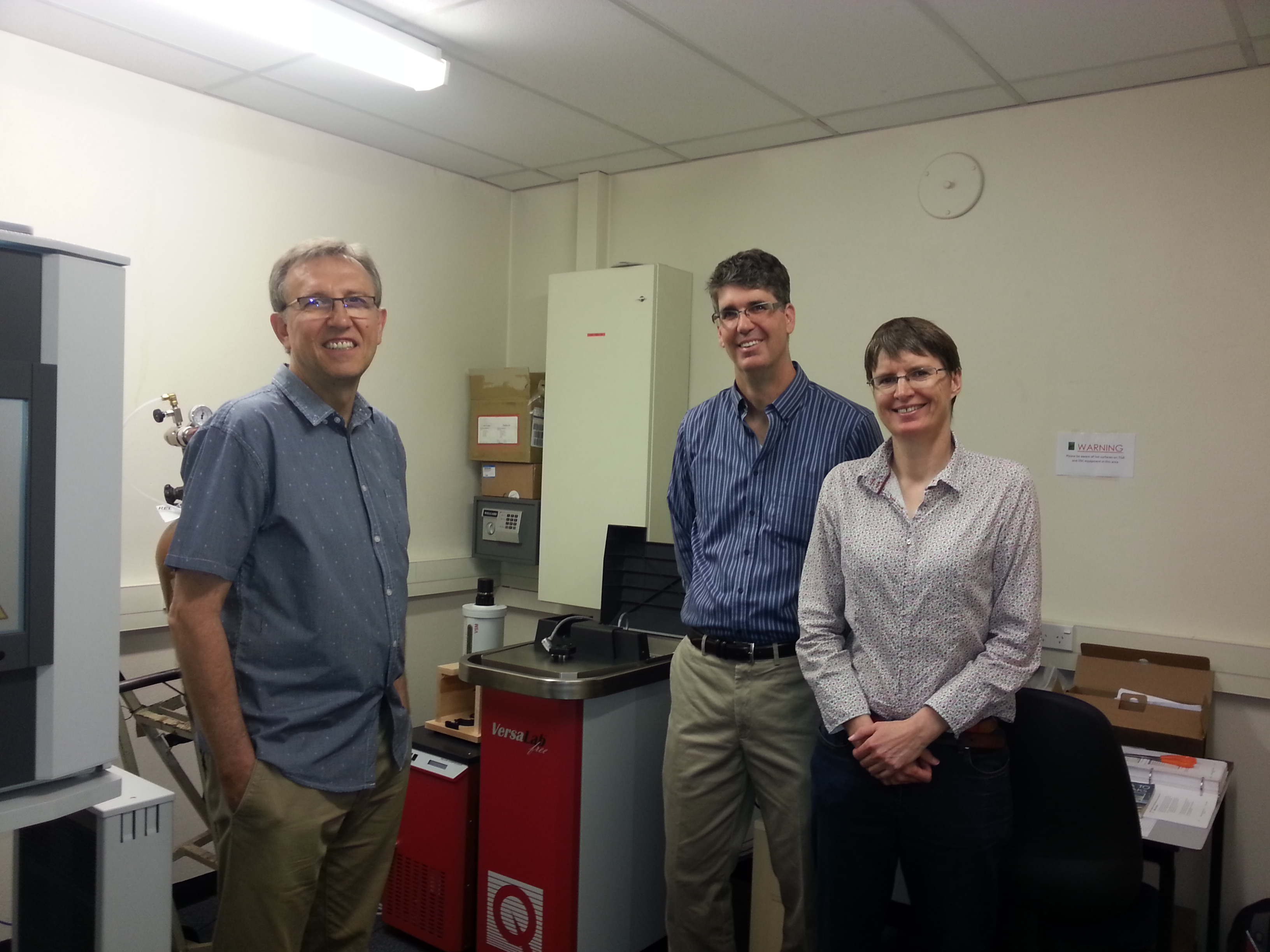 Professor Sally Brooker (Chemistry)– “We’re using the VERSA Lab for spin crossover work, looking at how unpaired electrons behave in novel molecules. As the temperature is lowered the unpaired electrons pair up; then as the temperature is raised again they unpair. When the pairing (on cooling) and unpairing (on heating) events occur at different temperatures, the system has memory (hysteresis) which could enable future applications as nano-memory components. Being able to do these studies in house will be a real boon to our research, enabling more samples to be studied, promptly and in greater detail, and more researchers being trained to do this. “

The two teams installing the new instruments emphasise that each magnetometer is a versatile tool, allowing a range of new research ideas to be explored across a number of departments.