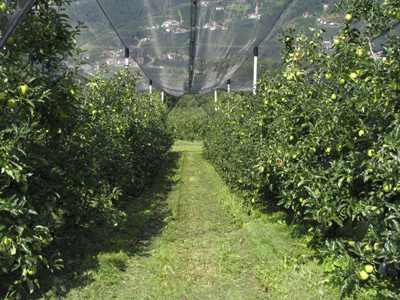 Apple bite … crisp, juicy, sweet, tangy – the eating quality of apples is a matter of personal preference but for Valentina Ting it’s been the subject of three years’ research.

“We’ve been working on developing instrumental techniques to test for eating quality – looking at the flavour compounds that are released using a PTRMS rather than sensory panels, exploring texture with X-ray Micro CT scans that show the intercellular spaces and porosity of the flesh; we’ve even been testing the acoustic properties of the crunch!”

Valentina has been working with the Fondazione Edmund Mach, a research institute in the North of Italy for half the year, and working on NZ apples the other half of the year. Perhaps unfortunately, apples are harvested in autumn and the testing happens after they’ve been in storage for a couple of months, so Valentina has gone from winter to winter to winter ….to winter.

“Using the PTRMS to sample the volatiles released by eating the apples is much simpler than training a sensory panel… cheaper too. So as a person bites and then chews an apple the volatiles that make up flavour are released. During swallowing, these volatiles get sent up the back of the mouth into the nasal cavity and this is how we “taste” the flavour … with the PTRMS, we put a tube in the panellist’s nose and the volatiles are sampled directly from there.”

In Italy the most popular apple variety grown is Golden Delicious. The Fondazione is working to develop new cultivars and Valentina’s research contributes towards creating new cultivars that are not only disease resistant but have improved flavour and texture. In the New Zealand research she was testing Braeburn, Golden Delicious, Jazz and Fuji.

“We were able to group the different apples in three categories, which will help producers to market their apples, as each of the categories is best suited to a different purpose. So the three types are
1] Soft cultivars with intermediate volatile content (e.g. Golden Delicious)
2] Firm cultivars with high volatiles (Jazz and Braeburn)
3] Firm cultivars with low volatiles (Fuji and Granny Smith)
Type 1 makes good pies and strudels, Type 2 make the best juices, and type 3 are best suited to long term storage.” 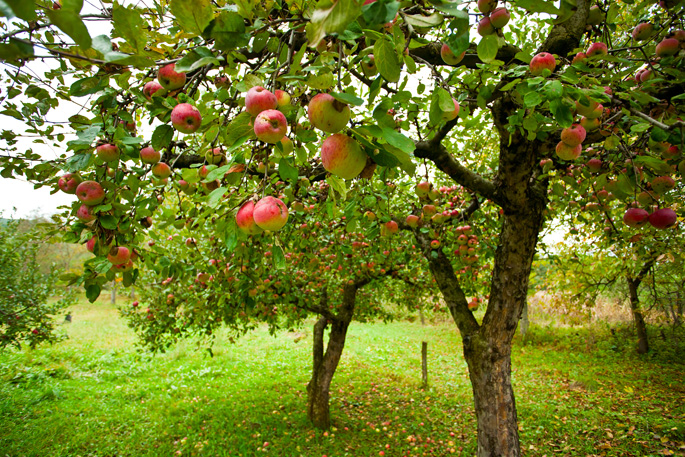 Valentina’s work is part of a larger project to create a phenotypic database – this will then help in the development of new cultivars.