Trace elements in the ocean 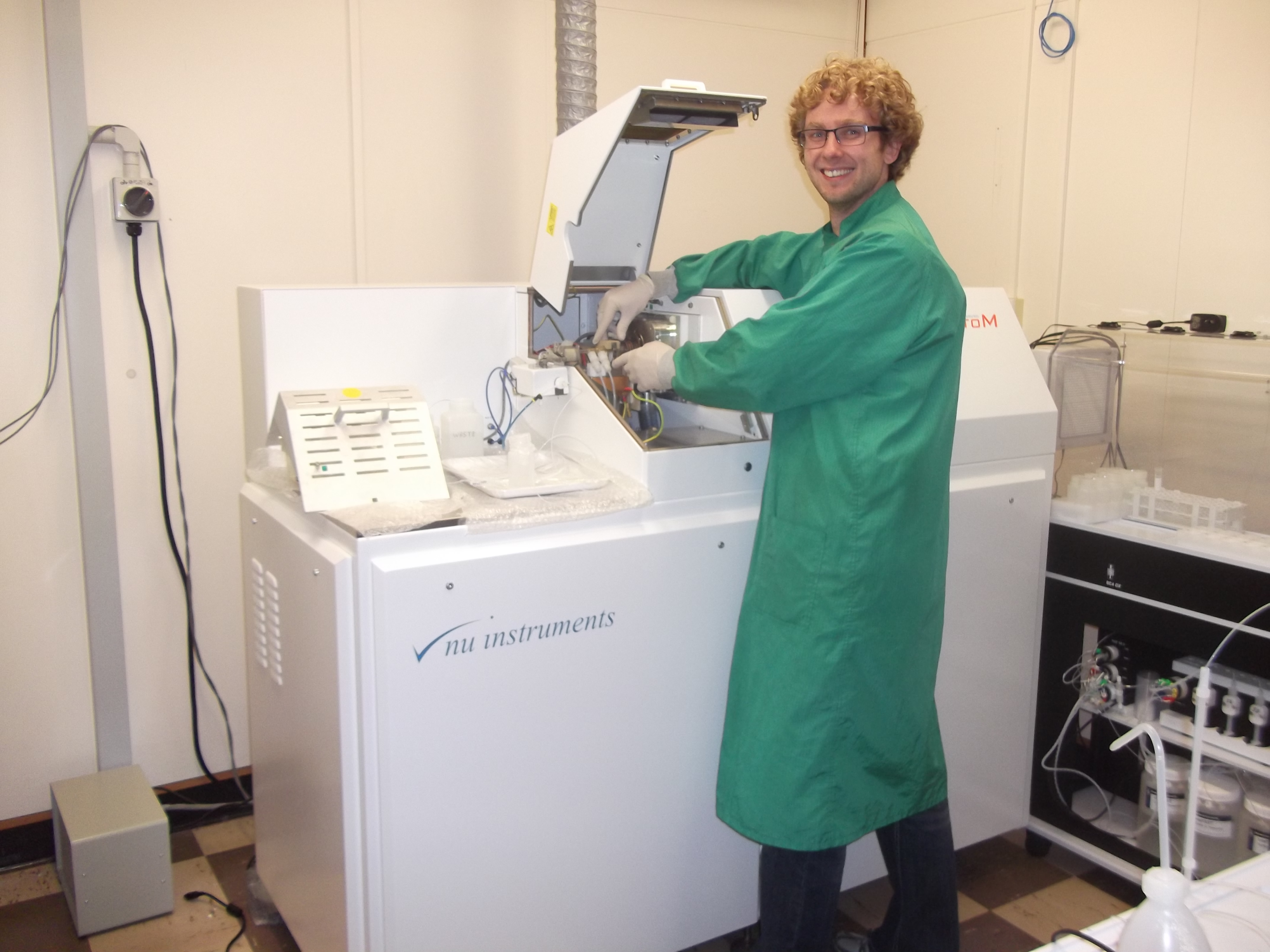 Rob Middag is investigating tiny amounts of metals and other trace elements in the sea – those investigations have just got a whole lot faster with the arrival of a Plasma Mass Spectrometer from Nu Instruments in the UK.

"This instrument is very versatile. We can adjust the magnetic field so that it can detect almost any element across the periodic table, and in fact is capable of detecting multiple elements in rapid succession from the same sample."

Dissolved constituents in seawater make up a complex nutrient mix for the unicellular algae (phytoplankton) that form the base of the oceanic food web - a system that's much more nuanced than previously thought.

"Oceanographers used to think that bioavailability of macro-nutrients such as phosphate or nitrate was limiting the amount of phytoplankton and thus the amount of life sustained in the entire ocean. However, we now know micro-nutrients are the limiting factor. For example, it was shown that iron can stimulate phytoplankton growth but we are now starting to realise it’s not as simple as one limiting factor at all; other micro-nutrients such as vitamin B12 and manganese, zinc are all really important as well. … To be able to examine the complex interplay between phytoplankton and all the different required nutrients, we need to be able to assess the whole spectrum of (mirco-)nutrients. “

Trace metals are transported into the ocean by windblown dust from arid regions, and also from continental sources such as rivers. In the Southern Ocean arid land is far away, so there’s not much windblown dust; and the ice cover on the Antarctic continent isolates terrestrial sources from the ocean. So trace elements are at very low concentrations there.

“Now that we have this new instrument here, it opens up new methodologies and new possibilities – for us in ocean chemistry but also for Forensics, Food Science, Human Nutrition, Marine Science, Botany, Zoology, Geology, Anatomy and even Dentistry … anyone looking for low concentrations of elements.”