If Alapasita Teu has her way, there will be a lot of New Zealanders much like her in the future – Pacific Islanders who are fit, healthy and engaged in regular physical activity. 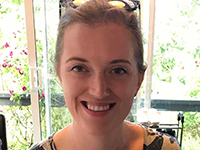 “I have the privilege of helping equip the next generation of students and researchers with the experience, knowledge, and intellectual independence that can accelerate their own careers in STEM.”

Ali is originally from Iran and moved to New Zealand to do a PhD in Food Science at Otago at the beginning of 2012.

Amirah Osama's interest in zoology was sparked after taking part in a Hands-On at Otago course as a senior in high school.

I wanted to know how and why everything in the world worked and Physics was the best way to answer those questions.

I hope to work with elite athletes and find ways of helping them become faster and stronger. 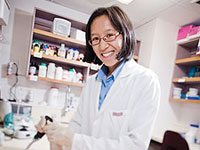 Using the same technology you see on CSI, Natalie Harfoot examines a new set of samples.

Shelley believes that she could not have done her research in any other department.

"My time at Otago fostered my interest in cancer genetics research."