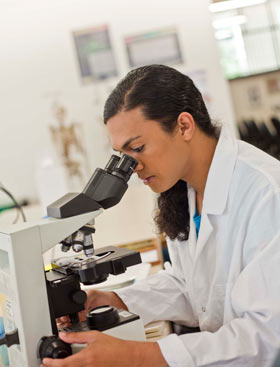 “When I started Health Sciences at Otago I found Dunedin very cold, but I found warmth in the company of friends and the hospitality of Dunedin people, who were very welcoming,” says Jaye.

Jaye also found warmth in the central library, which became her second home, and in the welcoming environment of the University’s Pacific Island Centre.

‘They played a major role in my journey as an undergraduate. They offered tutorials and advice and there was always free coffee, which was a good thing. The people at the Pacific Island Centre were awesome and I am most grateful.”

She says her lecturers never failed to assist in any way possible.

“They picked you up when you needed it and sent you on the right track and maintained you on that track.”

Otago and Dunedin fared well too. “The social life was amazing. The University is really user-friendly — people friendly — and there was a good balance between being sociable and studying.”

After Jaye’s first year she changed her mind about wanting to get into medical school.

“Health Science wasn’t as easy as I thought, but I lived so I guess that’s all right. But I changed course because the biology side appealed to me more.

“I found the human body fascinating and intriguing so I set sail to study Anatomy and it’s been a rewarding journey.”

She graduated with a BSc and is now doing a PGDipSci, and considering the possibility of studying law.

“Coming down to Otago has been a fantastic experience. My parents always advised me to strive for the best. Nothing is impossible – the sky is your limit.”