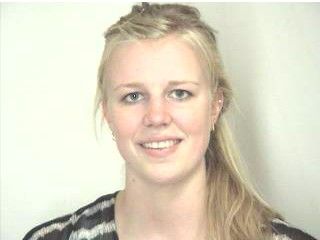 I study consumer food science and love the versatility that comes within the degree whether it is a technical food science paper or a business/sociology paper. The degree gave me the opportunity to not only have a great understanding of food science but also a basic understanding in other areas. And the student lifestyle in Dunedin is great. Everything is in walking distance from everywhere, including all classrooms and the gym. The people I met while at university made my time here an unforgettable experience.”

During her time at Otago Stephanie won several awards in recognition of her work.

There is currently a rapid growth in the human population, by 2050 the global population is estimated to reach 9 billion people; leading to a 70% increase in global food demand. Alternative protein sources such as edible insects will be needed to meet this increase.

There are currently 1900 insect species that are turned into food worldwide. These insects currently contribute to a big part of approximately 2 billion people’s diets.

The aim of the research is to understand the different discourses towards eating insects that exist in New Zealand.

The Q methodology research technique was used to form a pattern analysis that combines qualitative and quantitative research to reveal taxonomy of shared discourses towards eating insects. 34 participants completed a Q sort activity, which involved them sorting 49 statements into a quasi-normal distribution. Post sort interviews were conducted to understand why they sorted the statements in the order they did.
Data analysis was completed using a PQ method computer programme to generate the five factors. Participant interviews were used to interpret the factors.

The typology of the study revealed groupings of similar opinion-types on the concept of eating insects. A typology of five factors was identified;