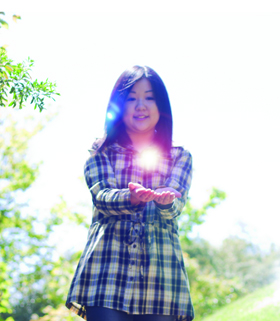 Katie Chong’s fascination with physics began before she was old enough to know what the word meant. “I remember looking at the world around me when I was a kid and wondering how it all worked,” Katie says. “When I was at school I discovered that I loved science, but once I was at high school I realised that it was physics that really interested me.”

Katie’s passion for the subject was rewarded with a ‘Frontiers of Science’ scholarship, enabling her to study physics at Otago. “According to my science teachers at Dannevirke High School, Otago had the best physics department in the country, so it seemed like the right move,” she says.

Now, two years into her degree, Katie is confident her teachers gave her the right advice. At Otago, she has developed a fascination with quantum mechanics, the study of the novel and often bizarre ways that matter behaves at the subatomic level.

“Quantum physics is very interesting and quite mentally challenging, because it is so counter-intuitive,” she says. “We have learned that a particle can be in two different places at once, for example. I really want to know what is happening at that level.”

And, given her burning curiosity about how the world works, it only makes sense to see a bit more of it. Katie is about to spend a year in Hong Kong, as part of one of the many international exchange programmes offered at Otago.

For the future, Katie’s hopes are to be doing just what she is doing now – learning about the workings of the world around her. “I want to be doing my own research in physics in a few years time,” she says. “I’d love to do a Master’s or even a PhD.”