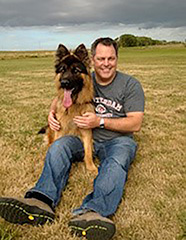 Thesis: Developing an evidence based model to protect companion animals from disaster, based on the experiences of recent emergencies in New Zealand since 2017

I left the SPCA in late 2017 after being the final CEO for Wellington SPCA prior to the national merger. Only months earlier, I had led the largest animal rescue operation in our country’s history as head of SPCA Rescue following the Edgecumbe floods. There were many lessons to be learnt and this event was a key motivator to embark on my PhD with Otago to provide the first major domestic study of a companion animal disaster response with a view to evaluate laws and practices to afford better protection to these animals and their human guardians.

My research compares the animal emergency management related lessons that were identified after two different natural disasters, namely the 2017 Edgecumbe Flood event and the 2019 Nelson Fires. It uses an ethnographic content analysis to compare two ‘after action’ reports and identity common themes. It concludes that only seven per cent of lessons identified in the Edgecumbe Flood were applied to the Nelson Fires nearly two years later. Common issues related to training, capability, law, policy, planning, information management and incident management.