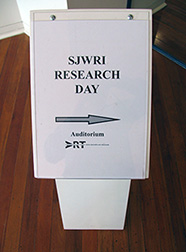 On Wednesday July 31, 2013, the Sir John Walsh Research Institute held its seventh annual research day, held for the first time at the Dunedin Public Art Gallery. Students, practitioners, and academics from around campus and around the world joined us for a day that celebrated the research achievements of the staff, students and collaborators of the SJWRI. The day's proceedings were opened by Professor Jules Kieser (1950-2014), then Director of the SJWRI, followed by an opening address by Professor Richard Blaikie, Deputy Vice-Chancellor (Research and Enterprise) and an address by the Dean of the Faculty of Dentistry, Professor Gregory Seymour.

Our invited keynote speaker this year was Associate Professor Jan Harm Koolstra of the Department of Functional Anatomy, Academic Centre for Dentistry Amsterdam (ACTA), who presented his research on 'Biomechanical analysis of fractures in the mandibular neck (collum mandibulae).' A common side-effect of non-surgical treatments to heal fractures of the mandibular neck is the development of an open bite, even in cases where the jaw has been wired in place to heal. Jan's group have developed biomechanical models in silico to predict consequences of fractures and healing techniques on future masticatory function. 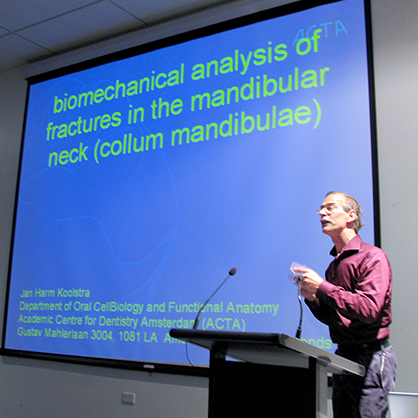 Our second keynote speaker was the SJWRI's Professor Richard Cannon, our most recent winner of the supreme Sir John Walsh Research Award for sustained research excellence (in 2011). Richard presented a summary of his group's work investigating resistance to antifungal drugs in the oral fungal pathogens Candida albicans and Candida glabrata. The objective of this work is to understand mechanisms of drug resistance mechanisms in Candida, and to discover ways of overcoming this resistance.

Our Student Guest Speaker was Carolina Loch Santos de Silva, whose PhD research was co-supervised by the late Prof Jules Kieser of the SJWRI and Prof Ewan Fordyce of the Department of Geology. Carolina's presentation was on her research into the morphology, structure and evolution of teeth in fossil and modern odontocetes (dolphins and related Cetacea.) Carolina used a multidisciplinary approach, with techniques ranging from morphological description and measurement, to scanning electron microscopy, nanoindentation, geochemical analyses and micro-CT scanning.

The award for Best Student Speaker was won by Ellie Knight, who is in her final year of a Doctorate of Clinical Dentistry in Periodontology for her presentation 'Quantifying the diabetes-periodontitis association'. Ellie's DClinDent research, supervised by Prof Murray Thomson, Dr Jonathan Leichter and Dr Andrew Tawse-Smith, investigated the putative association between self-reported diabetes and periodontitis in the New Zealand adult population. Ellie is pictured being presented with her award by 3M ESPE Scientific Affairs Manager, Stephen Langdon. 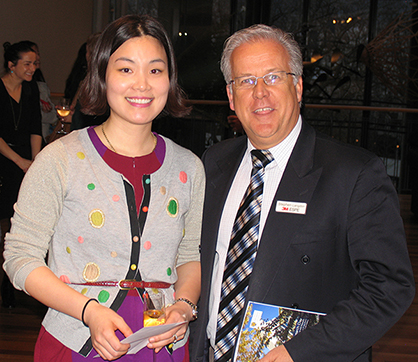 As in previous years, the 2013 SJWRI Research Day 2011 was made possible by the generous support of 3M ESPE. 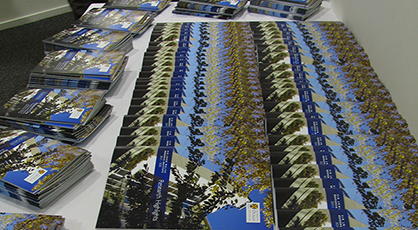