SJWRI researchers were among the recipients of highly prestigious IADR ANZ Divisional awards presented at the Conference Dinner of the 55th Annual Scientific Meeting, at Toitū Otago Settlers Museum in Dunedin on the night of 25 August. 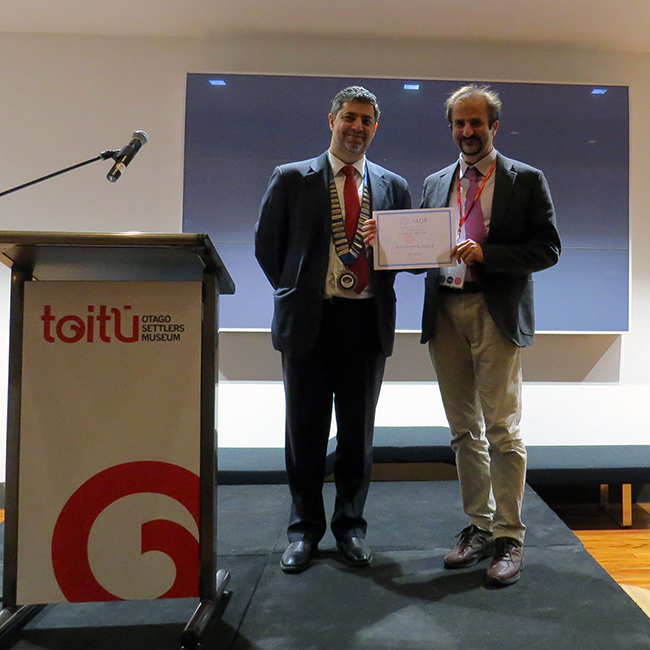 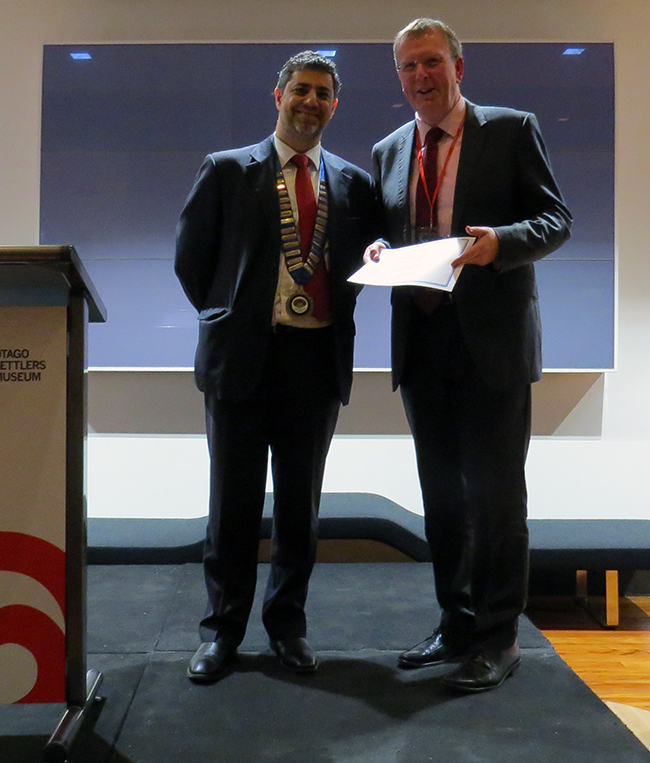 Dr Jonathan Broadbent of our Dental Epidemiology and Public Health programme won the IADR ANZ Division Investigator Award in Preventive and Community Dentistry. His award was accepted by Dean of the Faculty of Dentistry, Professor Paul Brunton.

Otago students were also successful in the Colgate Poster Competition, with BDS student Danyon Graham winning the Junior competition for his poster presentation 'The molecular basis of triazole inhibition of an antifungal target'. He is pictured below with Prof Camile Farah and Rebecca Schipper of competition and meeting sponsor Colgate-Palmolive NZ. As the winner of the Colgate Junior Competition, Danyon will be supported to attend the IADR General Session meeting in Seoul next June, and will enter his research poster into the Hatton Competition at that meeting. 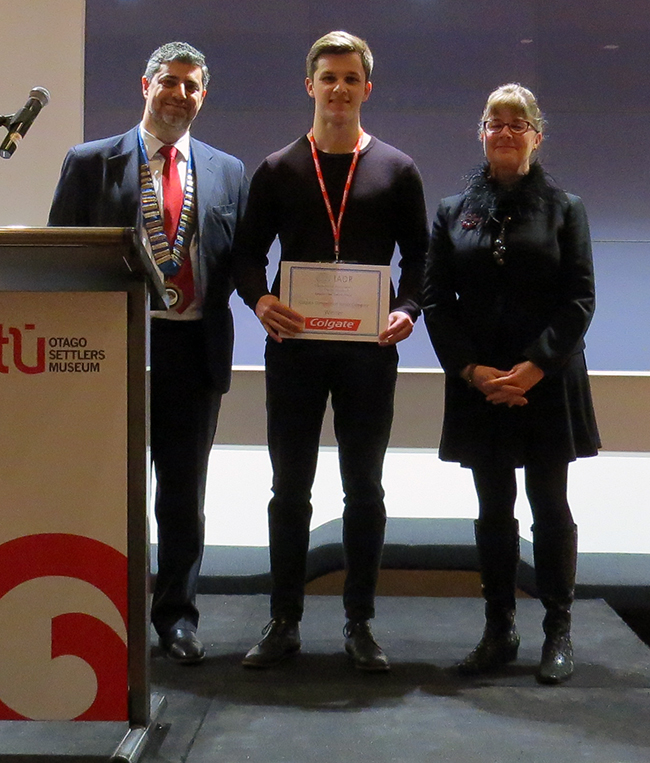 The winner of the Colgate Senior Poster Competition was Jessica Cecil of the University of Melbourne, who competed in the Basic Research category. Runner-up was Chakrabhavi Gundurao Dileep Sharma of Griffith University, who competed in the Clinical/Preclinical category. Runner-up in the Junior competition was Victor Butnejski of the University of Adelaide. All three will be supported by Colgate and the Division to attend the Seoul meeting, with Jessica entered into the Hatton Competition.

News story on the SJWRI hosting the IADR ANZ 2015 meeting