The SJWRI is delighted to announce that on the evening of Wednesday 26 August, SJWRI PhD student Jenny McDowell won the 2015 University of Otago Three Minute Thesis (3MT) Competition, competing against PhD candidates from across all divisions of the University. Jenny's 3MT presentation explored her PhD research, which looks at the chemical and morphological changes which happen in juvenile bone when exposed to a marine environment, as a means of understanding marine decomposition of human body parts in a forensic context. 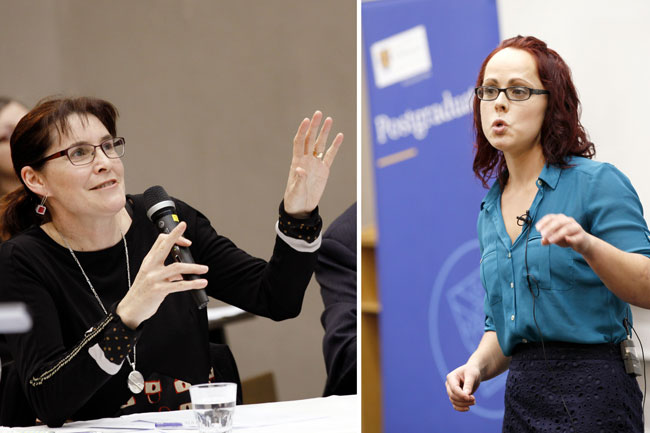 Jenny's prize for winning Otago 3MT is a research grant of $1,000 and a trip to the Trans-Tasman 3MT Competition, to be held at the University of Queensland in October, where Jenny will represent Otago against PhD winners from universities across Australasia.

Jenny's interest in forensic anthropology came from a teenage interest in human anatomy triggered by surviving a shark attack, which led to beginning a PhD in the SJWRI under the mentorship of the late Professor Jules Kieser. Following in Jules' footsteps, Jenny's aim is become a world expert in marine forensics and disaster victim identification, and to be the first in New Zealand to obtain international accreditation in forensic anthropology. In December last year Jenny was awarded a AMP National Scholarship worth $10,000 to support her ambition of becoming an internationally accredited forensic anthropologist.