Research in the Social Cognition lab

Our research descriptions here are broken down into three categories:

Some research suggests the answer is that humans are “predisposed” to become religious— biased toward thinking that “everything happens for a reason" or toward supernatural explanations over scientific ones. If people truly adopt supernatural beliefs by default, then the real puzzle is not why some people are religious, but rather why some people are not religious. Why and how do people reject their intuitions to become “unbelievers”? Resolving this puzzle, we believe, is the key to understanding the nature of unbelief. The current project therefore examines how unbelief emerges (e.g., its origins in childhood, and the individual and situational variables that predict it in adulthood), and how it is sustained in the face of cognitive inclinations to believe. 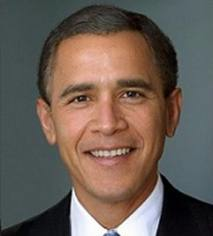 I study the effects of categorisation on affect. Initial studies have shown that stimuli that are easily categorised (because they are highly prototypical of their categories) tend to be judged as attractive, a finding with important implications for explanations of attractiveness in human faces. I am now examining the roles of cognitive fluency - the ease with which a stimulus can be perceived and processed - in the averageness-attractiveness relationship, and the consequences of changing a perceiver’s subjective category structure on both ease of processing and liking for a target. I have recently begun investigating the interaction of familiarity and the averageness effect.

Halberstadt, J., & Winkielman, P. We like and dislike ambiguity. The Experience of Thinking: How the Fluency of Mental Processes Influences Cognition and Behaviour (2013): 133.

How does religious belief work? While religion has been understood as a potential buffer against death anxiety for many decades, we still do not understand exactly why religion alleviates potential thoughts of death. The goals of my research are to identify the effect of religious belief on death anxiety, and explain how this relationship might explain relationships between religion and various forms of discrimination. I also study the nuances of ritual in religious practice, and the effect between thoughts of death and seeing potentially spiritual agents.

My primary interest is in the role of emotional responses in cognitive processing. We have previously found that stimuli in the world will sometimes be categorised (ie, grouped together and treated similarly) not because they are physically similar, but because they evoke the same emotional response in the perceiver. My current research explores the social consequences of emotional similarity. Under what circumstances do people consult their feelings to make decisions, and what sorts of decisions are they willing to make? I am currently investigating this pattern of emotional categorisation across the lifespan, looking at age-related differences in emotional recognition and social cues.

How you can help with our research